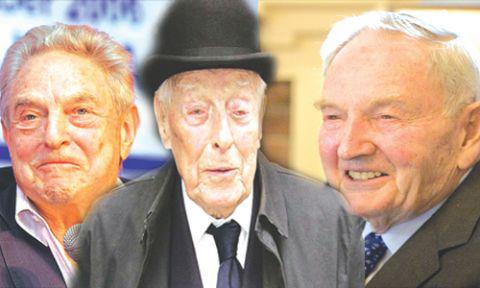 source: secrets of the Fed

After hearing about and reading the letter from a bunch of wealthy people to Congress concerning the not-so-novel idea of not having their taxes cut (it’s a Warren Buffett hobby to make the same assertion), I thought through what I know from the past when I worked as a financial advisor, with my specialty setting up estate planning for individuals with significant assets.

So when Soros and gang made their assertions, I know immediately something didn’t smell right, and when examining it in regard to Soros, who recently transferred much of his wealth to a charity, it reminded me of several things concerning high-wealth individuals when talking taxes.

Wealthy never pay much in taxes

The first thing I want to comment on is the fact the wealthy have never paid much in taxes. Why that’s the case is they can afford to hire specialists that give them advice on the various financial activities they engage in, and the best way to do it to limit or escape a taxable event altogether.

So when a wealthy person says they don’t want a tax cut, the first thing to think of is they don’t pay close to the existing tax rate at all, and in many cases, pay no taxes.

For that reason, calling for no tax cut, while a nice branding or marketing move to gain favor from big government politicians that wouldn’t appreciate them verbally agreeing with a tax cut, and to sound humble and less greedy to the general population than is usually thought, is really nothing more than a stunt to create an illusion in regard to their actual tax liabilities, which are little or none, no matter what the current tax rate is.

The other side of the tax cut issue as it relates to the wealthy is the estate tax, which in the letter the wealthy people asserted it would cost the government and its welfare programs billions.

What’s disingenuous about that is almost all the wealthy manage their estate via a Charitable Remainder Trust (CRT). What that basically means if they place their asset in the Trust, and are able to generate anywhere from 5 percent, up to 50 percent at tops, in revenue from it while they’re alive – up to 20 years.

While they do lose their assets upon death, what isn’t known by many is the unique insurance they have in place covers the value of the assets, so their heirs lose nothing, while at the same time incurring zero in taxes or capital gains because insurance isn’t taxed or treated like revenue from the point of view of the IRS.

If a wealthy person had some commercial property the generated revenue from, they could place it in the CRT and draw an income from it until they die, or up to 20 years. The heirs wouldn’t receive the specific property per se, but they would receive the value of the property at the time of the death of the owner.

In other words, they pay no estate taxes by using this estate planning strategy. This is why you hear about all these charities the super rich are engaged in or contributing to. I’m not saying all the charities are part of the CRT, but you can be sure there are some that are, and that’s how they’re able to pass the value of their assets on to their heirs without them having to pay taxes.

So saying the government and government programs are losing billions in tax revenue because of a cut in taxes at the estate level, is a total fabrication. The charity gets the assets at death, and the heirs receive the value of the assets in the form of a tax-free insurance payment.

What the letter said

Here’s a portion of what the letter said:

The Republican tax plan would disproportionately benefit wealthy individuals and corporations with provisions including repealing the estate tax, repealing the Alternative Minimum Tax, and slashing the top pass-through tax rate. This proposal would mean wealthy people could pay a lower tax rate than many middle-class families and transfer massive inheritances to their heirs tax-free. Such proposals that benefit the wealthy would exacerbate the current wealth disparity in the U.S. where the top 1% of households hold 42% of the wealth.

After reading that, keep in mind what was mentioned about tax specialists the wealthy have, and the terms of a Charitable Remainder Trust. In light of that, the above statement should be seen for the marketing stunt it is.

As for the call for the wealth disparity to be closed, that is disingenuous as well.

They said this in the letter to Congress:

We believe the key to creating more good jobs and a strong economy is not tax breaks for those of us who have plenty, but investing in the American people. Our civic institutions that help people meet basic living standards and protect the climate are critical to supporting our prosperity as a nation. Yet, Congress is already shortchanging the investments needed to strengthen our economy, and the Administration and some in Congress are looking for deeper cuts. Current federal funding for non-defense discretionary spending was slashed overall by more than 13% (adjusted for inflation) over the past seven years, leaving many programs severely underfunded.

Let me translate that for you. We want to keep people dependent on the government so we can control them. “Civic institutions,” i.e. welfare or social programs, are what they are referring to when considering ways they want to see the so-called wealth disparity fixed. More big government is always the answer to these neo-socialists.

As I’ve shown above, keeping the tax rate higher won’t do a thing to add revenue to the government coffers, based upon the access of the wealthy to tax specialists, and with the estate tax, the ability to transfer wealth to charities while providing their children or grandchildren with the value of that wealth via insurance pay out at death.

George Soros and friends are just a bunch of wealthy, left-leaning supporters of big government that are giving the illusion of wanting to pay higher taxes, when in fact they’ve never paid out much in taxes.

This doesn’t even touch on the corporate welfare they enjoy, and the benefits of flooding the market with fiat money by the Federal Reserve, along with the low interest rates they can borrow money at.

Add to that the bailouts many of the big financial institutions got about a decade ago, and you can see the assertions of desiring taxes to remain high as nothing more than a joke.

This is one of the reasons why wealthy families and dynasties like the Rockefellers and Rothschilds are able to hold on to their wealth, and continue to disrupt the world with the attempts to guide it according to their wishes and whims. 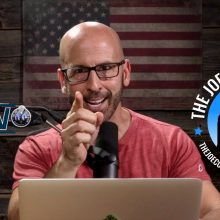 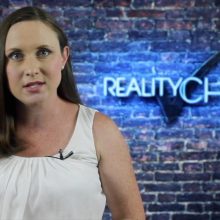 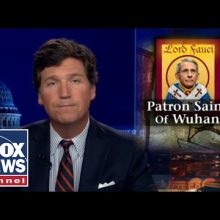