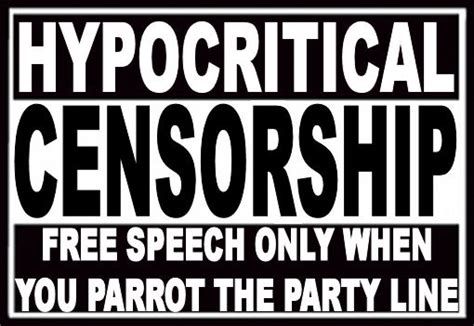 I recently wrote about the disgrace of The Heritage Foundation in refusing to oppose censorship of conservatives, libertarians, and the new right, where it cited Facebook and other social networking sites being private companies, which in its view exempts them from the parameters of free speech in America, as guaranteed by the Constitution.

A cursory glance at the argument would suggest The Heritage Foundation is correct, but when digging deeper into it, it’s readily apparent that identifying these companies as being private is no longer an accurate assessment of their status.

Yes, from a legal point of view they are private companies, by which I mean they are not government entities. I’m not talking about the difference between a publicly-held versus privately-held company, where the publicly-held company has its shares traded on stock exchanges.

So why do I claim these social networking giants can’t be considered private companies any longer? Because they have become the de facto arm of a variety of governments around the world, with the left using them in the case of the United States, to bypass free speech rights guaranteed by the constitution.

For example, hate laws from the EU can be imposed upon users in the U.S., not only bypassing our free speech rights, but having the potential effect of foreign governments controlling what we say in our own country.

What governments are doing in essence with social networking companies is taking them over by implementing laws that scale across national boundaries in many cases. That in turn gives them control of the public narrative, which is almost totally aligns with the left and SJWs.

In the U.S. this allows the Democrats to take control of what is allowed on Facebook, Twitter, Google and others. They do this in the name of hate speech and fake news, which is just a smokescreen for ideas that contradict their globalist agenda and anti-Christian worldview.

Rather than resist the intrusion into their businesses, the social networking sites have rapidly responded to the pressure from the left and have been increasing censorship of nationalists, populists, conservatives, libertarians and the new right.

What that means is in the U.S. the liberals, SJWs and Democrats have found a way to get around free speech rights and guarantees by simply not allowing it to be presented on social networking platforms.

This will of course take time to take full effect, but that’s the obvious direction this is going. Over time, what the left wants to do is shut down debate and criminalize those that don’t agree with them.

As for the designation of private companies, because their platforms are being taken over for political purposes, and the content allowed is determined by what the left and politicians allow, they can no longer be considered standalone businesses, but arms of political parties around the world, and the arm of the Democrat Party in the U.S.

The importance of understanding that is it means they are in fact required to allow all legal speech in the U.S. to be expressed on the platforms. They shouldn’t be designated, labeled or understood to be private companies any longer, but the politically controlled entities they have become.

What that does is change the framing of the issue from that of regulating private companies, to that of these government-controlled businesses being subject to constitutional guarantees of free speech.

That gets rid of the idea of government intrusion into the private sector, and accurately identifies them as the political organizations they have become. As it relates to free speech, it means it is under different guidelines concerning their practices.

What has happened is the left believes it has found a way it can bypass the free speech laws in the U.S. by using social networking sites for their own purposes, censoring and suppressing their opponents while giving the impression politics has nothing to do with it.

The corporate world has changed since the emergence of social networking platforms, and with political parties and governments taking steps to control the networks, they shouldn’t and can’t be considered private businesses any longer.

For that reason, at least in the U.S., they need to be required to operate under the same free speech parameters the government is. Using the private company card can no longer be considered legitimate.

As for the EU, it’s not even trying to hide the fact it is going to force Facebook and others to do its bidding. Laws and penalties are already in place that force social networking companies to allow only what the EU says they can. Talk about Chinese censorship all you want, this is just as bad, if not worse.