We Were SURPRISED When The PIGS Acted This Way!

It is a rainy, cold yucky day, so Kevin and Sarah answer questions in front of the wood stove about the woven weed fabric, about the pig breeding and upcoming dispatching, and discuss their Blue Slate turkeys, Kevin's parent's move to the farm house, and a channel schedule change.

Sarah's Faith-Based shirts come from www.ellyandgrace.com
Get 10% off with code LTH10

To see the woven ground cover we use in our garden check out https://www.growerssolution.com/PROD/ground-cover/groundcover

To see the products we use and recommend from Amazon visit our Amazon Store at: https://www.amazon.com/shop/livingtraditionshomestead

Inergy Solar Generator (The solar generator we use to run our milker and our guest cabin.) https://glnk.io/p5q/living-traditions-homestead

If you would like to support the homestead AND receive exclusive videos, blog posts and discounts for our Etsy shop consider supporting us on Patreon. https://www.patreon.com/livingtraditionshomestead

You can also support us through PayPal at:
info@livingtraditionshomestead.com

Also check out our Etsy Store for handmade items from the homestead: https://www.etsy.com/shop/LivingTraditionsMO

Living Traditions Homestead is all about living a simple and sustainable way of life. We believe the world has gotten too “busy” and that people are missing out on many of the true blessings this world has to offer. We started as a small urban homestead in Gilbert, AZ and after the city grew up around us, decided it was time leave corporate America and take a big leap of faith by moving our family to the Missouri Ozarks.

We put out 2 new videos every week! Tuesday and Saturday. We hope you will become part of our homestead family by subscribing to our channel and watching as we give up the rat race and live simpler, more fulfilling life in the country.

We are a participant in the Amazon Services LLC Associates Program, an affiliate advertising program designed to provide a means for us to earn fees by linking to Amazon.com and affiliated sites. 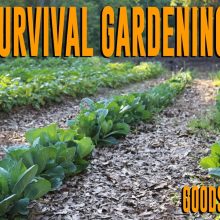 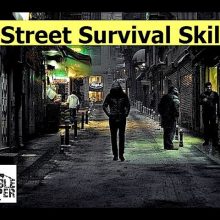