With the attack from leftists and SJWs on the use of Christian imagery on public property, there is a nascent move to include Christian symbols and teachings on private property. This is extending beyond theme parks with Bible-related stories, such as the Creation Museum and Ark Encounter in Kentucky. 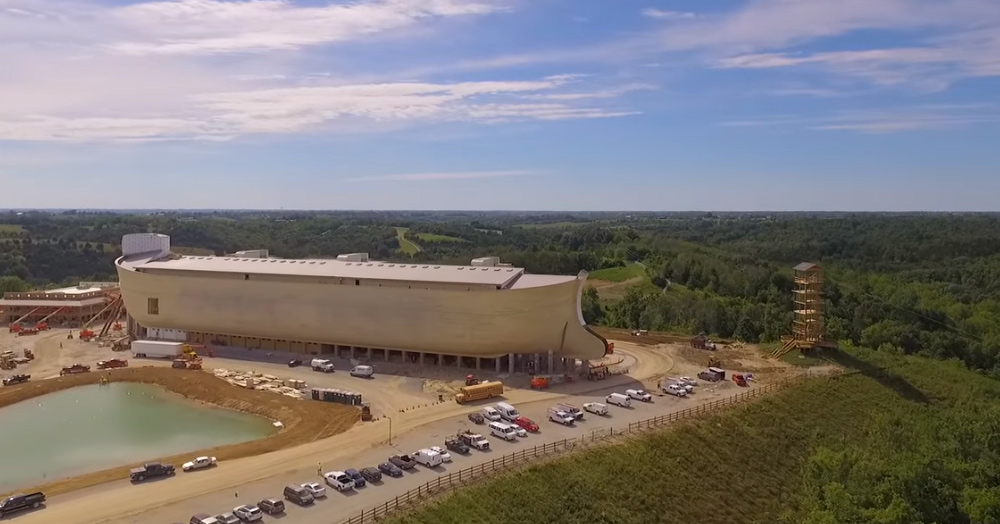 One businessman that has been quietly including the 10 Commandments on a variety of properties he owns is John Bushman. He owns hotels, shopping centers and restaurants in Colorado, New Mexico and Texas. All of them include a display of the 10 Commandments.

In almost every business the display is the same, with a recent exception being Lewisville’s Vista Ridge mall, where he decided to put the 2 main commandments in smaller form on the second floor because of concerns over whether or not it would be safe to put the 800-pound stone tablets there. They stand 8 feet tall.

The 8-foot-tall, 800-pound complete 10 Commandment display will still be in place on the first floor.

“We’re putting the two greatest commandments about loving the Lord and your neighbor on the second level because they weigh about a third of the 800-pound Ten Commandments,” Bushman said, cited by Dallas News.

A couple of other attractions he’s including in the Vista Ridge mall is “a giant wave of a 30-by-60-foot American flag outside,” and music from local musicians. For those not familiar with retail, what he’s doing is making the malls he owns destinations for a specific demographic. 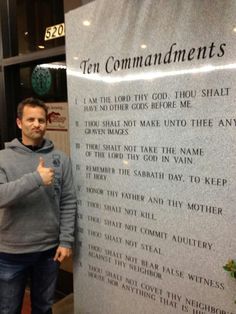 It’s not hard to identify the demographic when considering the 10 Commandments, a huge American flag, and local musicians. Bushman said he wants the mall to be a “wholesome family place.”

Overall, I really like the idea of Bushman’s, but one thing I think he could have done better with is his explanation for including the 10 Commandments. He said this:

“We’re not trying to overwhelm anyone or make a statement. We just believe in the Lord’s love. That’s the sole reason. We hope when someone sees it, it will touch their heart and give them new hope that day.”

While there’s no reason to believe what Bushman said above isn’t true, in reality there can be no doubt he wants to influence the people going through the entryway of the mall. To me, he doesn’t have to qualify the reasons for what he’s doing. That he’s making a statement is obvious.  He shouldn’t deny it.

When reading through the Bible, over and over again the Lord aludes to the fact His people needed to continually reflect upon His law and commandments, while separating themselves from the practices of the surrounding nations.

Even the mixture laws reflected the difference between them and the pagan nations they came in contact with. They would get up and put on clothes that would be made from different fabric; they would then eat a meal that didn’t include various foods the other nations ate;  then they would go out and work, never putting an oxen or ass together to help them plow.

There were also tassels commanded to be made and added to clothing in order to remind them to obey God’s commands.  The law written on the doorways of homes, among other areas. In other words, everything they did was to keep in mind that they were not like the other nations of the world. They were to remain separate from the surrounding nations in the way they lived, which was expected to be reflected in their culture.

The point is, I see this as a great idea for others to emulate. Our enemies have tried to shut down the influence of Christianity by removing it from the public square. Those times are over.

What is interesting about the 10 Commandments focus is this is something I’ve been thinking on for a long time concerning using private property to display them. Even many Christians aren’t taught them any longer, and it would give a great opportunity for them to once again take hold of the hearts and minds of people viewing and reading them.

I’m only going to mention something briefly in this article because it’s not the primary focus. But what this does is reveal an extraordinary opportunity for Christians to take on a variety of projects, including building our own platforms that allow our message to get out without fear of reprisals.

Think of the opportunities emerging now that the NFL, ESPN, Twitter, science fiction and interestingly, comics, have all been converged. Many other business categories have been taken over by liberals and SJWs. If you follow these industries and others that have been subjected to the will of these radicals, the revenue numbers are falling across the board, as they attack the core values of Christians and the American people in general.

The opportunities are enormous to successfully and profitably provide alternatives. It’s something to research, consider, develop or support.

As for the mall I’m talking about, not only will it provide the opportunity for people to learn and read the 10 Commandments, but many of them will be school-age children that will be part of the local musicians providing entertainment for visitors.

That means intergenerational potential and interest, which over time, could have a meaningful impact on the surrounding area.

While not everyone can afford an 800-pound slab with the 10 Commandments on them, there are ways and locations that can provide a variety of options to build and display the 10 Commandments. I really think this is a terrific opportunity to generate an interest in the things of God.

One thing a lot of people, organizations and companies need to understand is this: those like Hobby Lobby and Chick-fil-A which were forced to take a stand in the culture wars, were rewarded by loyal customers who appreciated them sticking to the beliefs of the owners and company culture they created.

After the frenzied attacks, they continue to do very well and businesses are consistently growing. It has exasperated their enemies, who fairly quickly reversed direction when they realized the attacks only increased the revenue and earnings of the companies.

There are a lot of other things to consider in getting the word of God out to people that are kept from it by the government, mainstream media, and public schools.

I’m not going to reveal a lot of them here because I’m personally going to develop some of the ideas. But something to think about is doing these types of projects on a smaller scale and at the local level. If we think in those terms, we should generate a lot of ideas.

Large Christian projects have a place, but developing modest and more locally-focused projects have the chance to make more immediate and lasting change.

At first it was infuriating to see government land we pay taxes for being stripped of its Christian symbolism and reminders of the roots it has in Christianity and the Bible. But using private property in a variety of creative ways to declare the word of God to local people, could be far more powerful in influence than the monuments that have been removed from government-owned property.

If like-minded Christians could talk together and come to an agreement on goals and strategy, there could be a plethora of ways to communicate the gospel using many different themes, stories and narratives on private property.

In our day, not only non-Christians need this, but so do those attending churches that have been taken over by liberals and SJWs, turning them into dwelling places of devils while promoting a false gospel that doesn’t require obedience or the taking of responsibility for the lives we live on planet earth.

Finally, never apologize for the things you do unto the Lord. Yes, we’re sending a message, and yes, we’re trying to provide a way for that message to get out to a public that is not interested in going to church. We can do something using our homes, farms or businesses, with the caveat there may be some zoning laws we have to take into consideration.

I only add that because sometimes Christians consider zoning restrictions as an attack on their vision. In other words, the zoning laws may be there for a reason outside of what you want to do. I’m not suggesting we shouldn’t be able to do what we want with our property, only that zoning laws aren’t necessarily there to stifle Christians.

If you have ideas, especially in urban areas or small towns, throw out your idea and see if it would be allowed to go forward by your local zoning authorities. I’m not saying opposition may not be spiritual, only that every time we face an obstacle related to zoning and permission, it’s not always for nefarious reasons. Many times it is, but take in the entirety of the argument against what you may be thinking before entering into warfare mode.

As for the beginning of this initiative, I really do think the 10 Commandments is a worthy emphasis that over time, can be built upon. 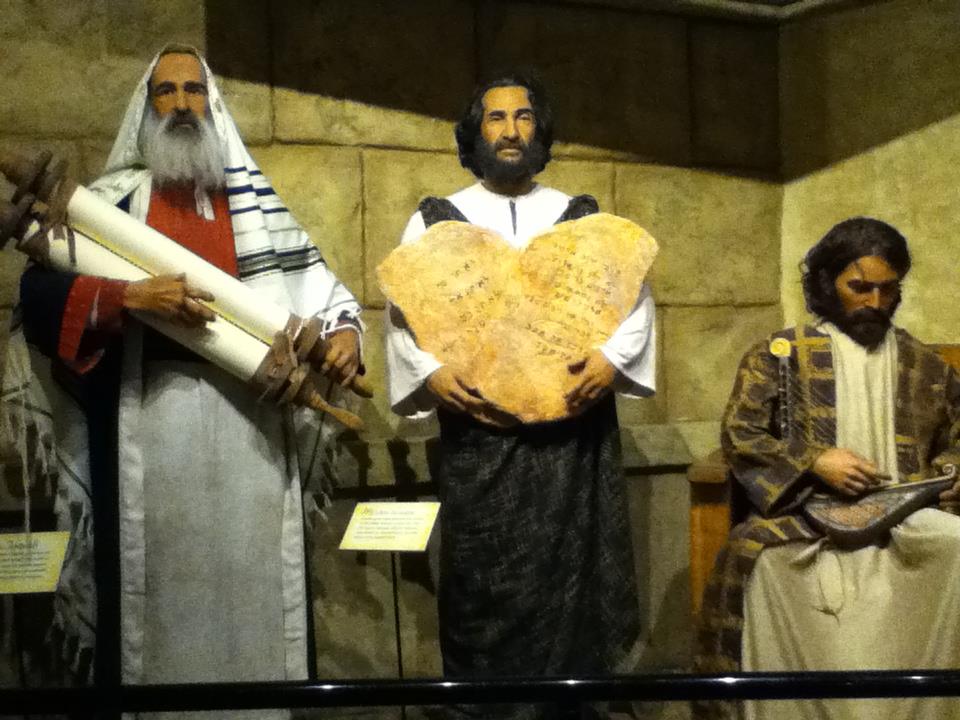 Again, I’m talking about that primarily from the idea of providing physical displays to put the message out there in a way that forces people to at least acknowledge they exist. But even more, I’m saying the opportunity extends to every area of life a person has a calling and interest in. That could include media, education, alternative platforms, and many other doors that are open wide before us. Now if we’ll only get past the rhetoric of our enemies that try to convince us they’re overwhelmingly winning the culture war, and plan and take action.

Even some Christians have declared the culture war as over and won by liberals, progressive and SJWs. My thesis is that it’s only just beginning. They’ve overplayed their hand, and the pushback has begun.

My concern is that Christians won’t take the lead on the pushback going forward, as there are those that are pushing back that offer nothing more than extreme reactions, but nothing to build in its place.