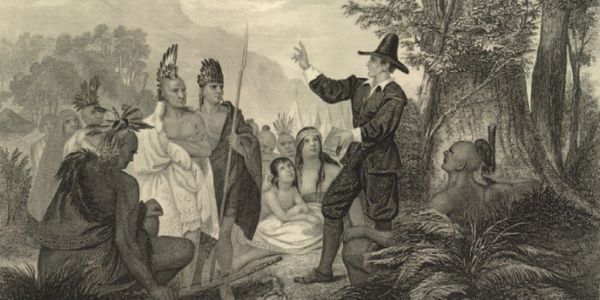 ‘The Frontiersmen: A Narrative‘ was a book written by Allan W. Eckert about the life and times of Simon Kenton. In the book it mentions two Indian tribes that had been Christianized.

Out of complete ignorance, the missionaries that led them all to the Lord told them they should disarm. Complying with the directive, the tribe laid down their arms, and not too long afterwards neighboring tribes heard about it.

Knowing they had no defense in place, the surrounding tribes attacked and genocided them.

Some may think this would represent honorable martyrdom, but in fact, it was a tragedy that left a vacuum in what could have been an outreach by the Christian tribes to surrounding tribes. It could have been the beginning of an extraordinary move of God among native Americans.

Instead, they are lost to history because of Christians that were clueless as to the reality of evil and what it meant among the warring tribes of Indians in America.

This is another lost opportunity that has had extraordinary ramifications in the history of the country, assuming the Christian tribes had significant impact on sharing the Gospel of Jesus Christ with their neighbors, from a position of strength.