The Christian and Self-Defense: Lessons from Church Shooting in White Settlement, Texas 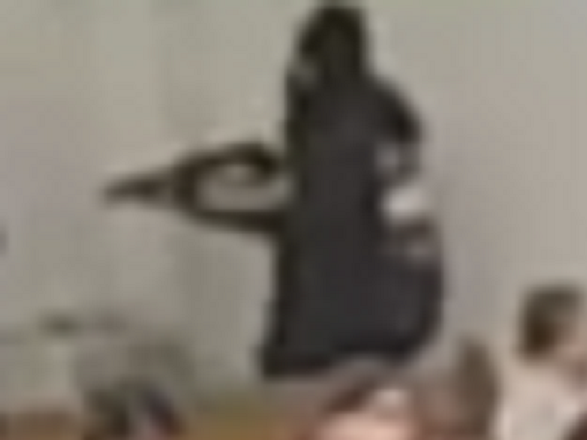 The dust has no somewhat settled concerning the shooting at a church in White Settlement, Texas, where three people died, including the murderous gunman.

It’s important to look at the video of the event because it provides excellent insights into how security can even be improved more from observing how the incident unfolded.

Included in the video below is expert analysis on what can be done when similar situations unfold. Watch it and take into consideration making adjustments accordingly.

In this article I want to primarily focus on the mindset Christians must take before they’re faced with a moment of self-defense when indecision in regard to taking action could result in the loss of your life, or the lives you’re required to defend.

The first thing we must take into account is there is evil in the world that is expressed in and through human beings. To look at humanity in any other way is the first step to experiencing a disaster far beyond what potentially needed to have happened.

We can’t be naive in these matters. We can’t even think of taking into consideration the liberal mindset that refuses to take into account the evil that resides in the hearts of many people.

For the purposes of this article, when I talk about evil, I’m going beyond the sin that all of us are capable of committing, and focusing on the hatred that resides in the hearts of people to the point of acting upon it. This type of evil can’t be negotiated with; it must be dealt with quickly, decisively, and without hesitation.

After the man that ended the threat permanently was interviewed, he was asked how he processed what had happened. His reponse was exactly what we all should consider, and that was that he considered his actions as killing evil. That was in fact what the man was that had just killed two of his friends.

While the two victims appeared to try to talk to the evil killer before he took out his shotgun, the man that ended the threat didn’t hesitate in any way; he took the shot and stopped the killer from going on a murderous rampage. We must be decisive in these situations, and embrace the fact that those that are responsible to defend others aren’t to be held back by ideas that they should stop evil in its tracks when it threatens our family, friends, and church family.

If that is in the back of our minds, indecisiveness could costs lives. There was absolutely no hesitation on the part of the defender who stopped the killer, other than waiting for the man in front of him to duck down.

There is also the time when Nehemiah and others were rebuilding the wall and wore swords in case of an attack. They were doing the work of God while being prepared to defend themselves if the need arose.

These are rights and obligations God has given us – to defend the innocent.

Watch the video above concerning the White Settlement, Texas church shooting in order to learn ways to improve tactics.

Just as important, when defending those you love and are responsible for, be sure there is nothing in your mindset that would cause you to be slow to take action; it could cost you your life, and the life of those you’re there to protect.

Remember, the triune God never changes, and Jesus Christ is the same “yesterday, today, and forever.” Self-defense is revealed throughout the scriptures, and is appropriate and required for today, and will stretch out until the end of time.

We must embrace that mentality, understanding that it’s righteous and required that we end the threat of evil that comes from dark people intent on engaging in foul deeds.

Last, as the hero of the situation displayed, we must be highly skilled in the areas of responsibility we are accountable for in life in general, and the church specifically.

Look at the skilled shot he took from approximately 15 yards or so. If you watched the video, you’ll note that after the murderer shot the two men, he was turning around to go after more victims. While he was starting to move in that direction he was taken out by a shot to the head. That’s the type of skill level that defenders need to work on attaining. 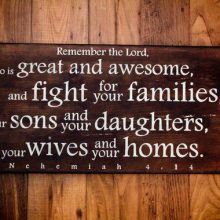