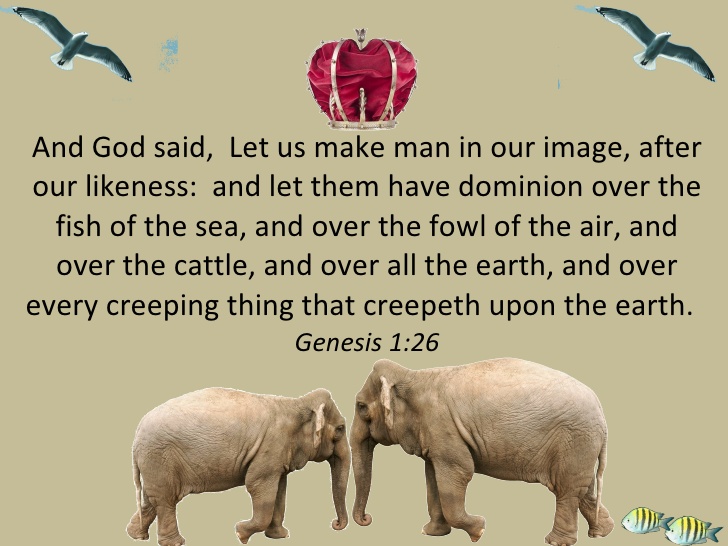 From the beginning of the creation of the first man and woman in the universe, God communicated to them that they were to have dominion over the planet.

Before the creation of Eve God gave Adam a task to fulfill of naming or categorizing the animals. He was doing so as head of creation under the rule of God. Part of the exercise was for Adam to also discover that it wasn’t good for him to be alone, and that he needed a helper for him to complete the task of dominion God had given him.

Consequently, having dominion is one of the three elements of mankind bearing the image of God, and the one most Christians are, for the most part, clueless about. After reading this article, hopefully I’ll help you take a step in furthering your understanding of this vital topic. After all, because the eternal purpose of God is bear the image of Jesus Christ, to have a major part of that almost completely off of our radar, is to miss a significant part of the reason for being created, and our existence.

There are many secrets to successfully taking dominion of the planet, and the most important of those is understanding what the foundation and framework of our specific calling and focus are. I’ll give a couple in this part of the article so you can understand what I’m talking about. I’ll use two areas I have a lot of knowledge in: fishing and growing things.

In regard to fishing, there are a few foundational things that must be understood in order to successfully catch fish. The first is that there are three different types of freshwater lakes fish reside in, and each one includes an environment that is most conducive to a specific species.

For example, in what is called an oligotrophic lake, fish like salmon and lake trout, among similar species, thrive. The most well-known lake of this type in the U.S. is Lake Superior. Among its characteristics, it is identifiable by deep, clear water, along with the species mentioned above.

The point is there are three lakes with specific identifiable traits that certain specifies do better than than others.

Also important to know is that each species of fish have certain basic natures that result in them thriving in one of the lake types.

Next, these fish go through specific stages throughout the year, including ice out (in the north), pre-spawn, spawn, post-spawn, summer patterns, fall and winter. There are others by I don’t want to bog things down.

So taken together, there are three lake types to take into consideration, the different natures of specific fish species, and their different patterns they participate in depending on the season of the year.

Generally, these are the foundations or frameworks fisherman must understand to become experts. Once these are understood, then things like weather patterns and how to fish under different conditions for different species come into play.

Every area of life I’ve taken the time to become an expert at, have similar aspects to the foundations of success. Another of them is farming or growing things at smaller levels.

In the area of farming, there are three major nutrients that have to be understood: nitrogen, phosphorus and potassium. Secondarily, there are what are called micro-nutrients; there are quite a variety of them.

Again, anyone growing crops, vegetables, fruit, herbs or flowers, need to know what specific macro-nutrient is favored by a specific plant. An example would be corn, which must have a lot of nitrogen in order to produce the best.

Another example of excellence coming from understanding and experimenting

I’ll give you an extra example to show you the potential we have in taking dominion of the earth when we understand the foundation associated with what we do, and how to experiment at the secondary level to bring it to as high a level as possible.

This example is one I remember reading about long ago. It was about a family of dairy farmers from Wisconsin that had brought the art of dairy farming to its highest levels at that time.

The basics of their success was they understood the foundations of made a cow a great milker (including deciding on the right breed), and then performed a plethora of experiments with various nutrient combinations to make them the most prolific milking cows in the U.S., and almost certainly, in the world.

They were so good at what they did that farmers waited in line to buy milking cows from them when they were considered no longer up to their high standards. Not only were the cows that were no longer wanted far better producers than any of the farmers buying them had, they were willing to pay top dollar to own them.

What we must understand concerning being productive in life as it relates to taking or having dominion over the earth is that there are foundational elements of every area of life that we must first learn in order to have a chance at success.

From there we need to know the equivalent of using the secondary elements of a specific discipline in order to far exceed our competitors or peers.

I don’t mean by this that I’m only referring to business. After all, Satan is a competitor, and we must rise far above his comparatively anemic alternative civilization he has tried to develop, and be the go to people the world looks for answers from.

We need to be the same type as the dairy farmers that are so committed to excellence they use numerous experiments working from the known foundations, and try different things until we reach results that we didn’t believe were achievable.

This reminds me of when I first started playing hockey years ago. I was a little late for the area I lived in, and in my specific age group (called bantams), we went and watched kids that were so advanced it was almost impossible to believe they were in the same age group as the league I competed in.

That type of excellence is awaiting to be discovered, and no one will be able to do that like committed followers of Jesus Christ that are willing to take on the responsibility of bearing the image of God in relationship to dominion.

My view is that this is one of the reasons so many Christians feel unfulfilled. When we are created and designed to bear the image of Jesus Christ, and only engage in a small portion of that, we will feel a sense of disappointment in disillusionment, always asking the question: is this all? – but never finding the answer. 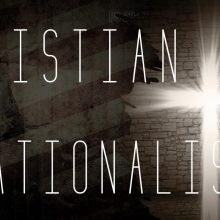