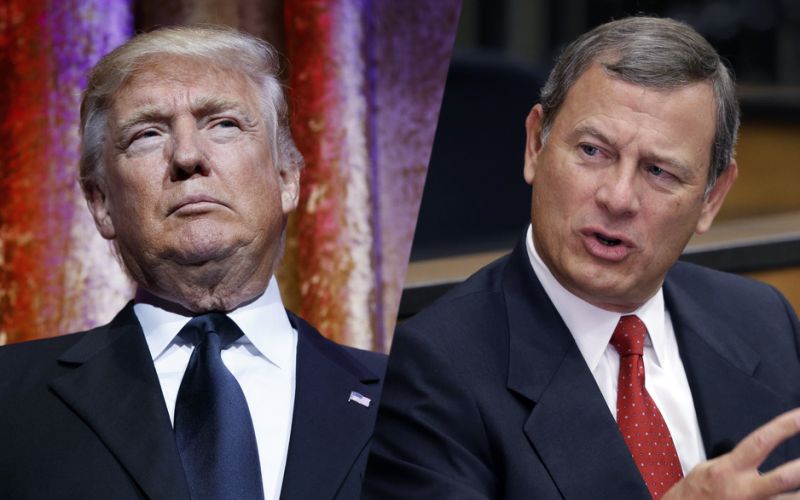 Supreme Court Chief Justice John Roberts comes out of the shadows, makes the ludicrous and outrageous statement that the 9th Circuit is an “independent judiciary” that does its “level best to do equal right to those appearing before them.”

That Roberts was triggered into entering the political landscape in the first place is highly irregular and unusual, suggesting to me that President Trump in fact hit another real issue that Roberts wasn’t able to keep his mouth shut about.

After all, if it wasn’t true, Roberts wouldn’t have entered into what is now a public fray.

Trump let it be known after the dustup with Roberts that he may consider dividing up the 9th Circuit into “2 or 3 Circuits.”

The President tweeted that the 9th Circuit was “A terrible, costly and dangerous disgrace. It has become a dumping ground for certain lawyers looking for easy wins and delays. Much talk over dividing up the 9th Circuit into 2 or 3 Circuits. Too big!”

Roberts, after voting for Obamacare, has been an extreme disappointment, as he was considered a solid conservative judge at the time. He seems to be drifting leftward, or more likely, always held that position. It looks like he kept it hidden until he was appointed to the Supreme Court, and unfortunately, as Chief Justice.

The reality is the 9th Circuit is out of control and needs to be reined in hard. It and other judges have went beyond their authority and been legislating from the bench for years. The 9th Circuit is the worst of them all, and dividing it will send a clear message to other judges that they better start ruling in accordance with the Constitution and existing law.