Nationalism Rising out of the Ash Heap of Globalism 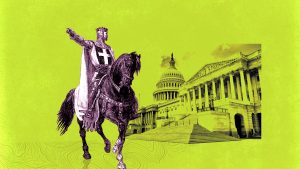 Tensions rising from globalism and immigration

For a long time, globalism, imperialism and empire has obscured the underlying reality that underneath the resultant control of statism was in fact a ethnic group of people that made up the actual nations. In modern times that was made abundantly clear after the collapse of the Soviet Union, when nationalities or various ethnicities began to once again emerge as a force to be reckoned with, increasingly opposing the idea of globalism and central control.

Antagonism between people groups and globalists has been rising, with embedded cultures demanding the forced immigration being imposed upon them from the globalist elites, stop.

Difference Between the Nation and the State

Something does need to be clarified before going on in order to understand the implications of what’s happening in the world at this time, and that is there is a distinct difference between the state and a nation.

And as Murray Rothbard has pointed out, the idea of a nation-state, while accepted as an accurate definition of countries and their governments for centuries, was actually exposed as a fraud and illusion after the fall of the USSR.

What happened after the Russians went back to their country was a rapid rise in national identity, which while appearing to be new, had only been suppressed under the trappings of centralized state control.

The Oxford Dictionary describes a nation as this:

a large body of people united by common descent, history, culture, or language, inhabiting a particular country or territory.

Some other dictionaries use a definition assuming the state and nation are the same, but at its core, the idea of a nation is that it’s a people as defined in the Oxford definition above.

The ethnic part of being a nation can’t be denied or ignored; it is the core and foundation of what makes up an actual nation. Historically it has been hidden because of globalists and empires of past times conquering various people groups and ruling over them. Usually these people or nations lived on the periphery of the new “national” life imposed upon them.

This is a large part of what became known as nation-states, and why the idea of the nation being a people, for a long time, was lost in translation and understanding.

So a state is nothing more or less than government, while a true nation is a ethnic people with a specific and unique culture. There are of course some things to consider there, as there have been mixture of ethnicities for millennia, with the result being a lot of people having a variety of ancestral connections across races and peoples. That said, in most cases there is a predominant ethnicity in each person, and usually that’s the family and people group they’re born into and identify with.

The major thing I’m pointing out here is there is a vast difference between the state or government ruling over disparate ethnicities, and a nation, which is a people group in and of itself.

For example, what is called Spain today includes nations within it such as the Basques, Catalans, Castilians, Andalusians and Galicians. Some of them want their own countries to live in, which is what secession movements have been about in that region. Many other nations have similar people groups within them, with the same desire to live within the borders of their own land, governing themselves.

Dealing With the World as it is

So, with the drive for people groups, cultures and ethnicities to have self-govern themselves within their own land, the question becomes how do they do so when operating within the jurisdiction of a state that doesn’t have their best interests in mind? In other words, they have to start from the world as it is, and not try to operate in terms of where they eventually want to end up. This is usually what causes wars, as people of different cultures, after being forced or pushed into close proximity, have historically battled for dominance in a region.

This is already happening in our world today, as cultures and ethnic groups residing in a region of a country have a significant number of migrants, with little in the way of shared values, encouraged by the state and allowed to move into the areas people already live, without their consent.

For the most part this is the source in the rise of populism and nationalism in recent years; it’s going to continue to increase, with the push back elevating in intensity and force.

Is there a way to avoid conflict and potential war? It depends on what country or region of a country you’re talking about. In the U.S. it may already be too late, as multi-millions of migrants have entered the country, and many of them have no affinity with American values.

Stopping the flow of foreigners from entering the country would provide some relief, but how to work with the millions already here remains an issue.

That said, there is a way to work with this issue in the future, which would go a long way toward keeping this from happening again. The answer in my view is the privatization of most, if not all of the land. If that were to happen, all the free perks offered by the state wouldn’t be in place, and individuals or businesses would make the decisions on whether or not they would allow people from other countries to be on their land.

Privatization of a country

I know it sounds far-fetched at this time, but I think pushing for a nation to be private removes the vast majority of incentives of migrants to abuse the welfare state and its misguided benefits.

By pushing for privatization, I’m not talking about no government, but very limited government, with the vast majority of individuals, families, churches and businesses being self-governed. There would also be a strong dose of charitable giving that would be voluntary rather than coerced by a centralized state.

The voluntary aspect of life is what would relieve much of the pressure that otherwise comes from political decisions that are made to advance the careers of the elites that think they know how to run our lives better than we do.

Another great thing about privatization is it gives people the freedom to leave a certain people group if they choose to live another way, or in a different culture. Again, the key is freedom coming from making our own decisions, rather than having them forced upon us.

The point is when people groups and cultures want to maintain their own identities in their own lands, there are ways that it can be done when thinking in terms of privatization. There could even be the changing of borders at time if the participants agree to do so. That could happen if some residents decide they want to build something of their own from scratch.

As for existing countries, working toward privatization of lands and implementing our own rules and regulations, in a very real way is similar to running your own country. There would of course need to be adherence to existing national laws to keep from having potentially dangerous altercations with the state, but going about things quietly would go a long way toward success.

Also consider the Amish. They very much operate as their own nation within a nation, with no one really bothering them. Some of the Indian tribes in America do the same, as they’re recognized as their own nations by the U.S. government.

I know of a number of different ethnicities and those with shared culture that do the same. Some of them move into neighborhoods in cities, and live out their lives as a people, while not drawing any inordinate attention to themselves by lawlessness or violence.

No government can suppress the ethnicity and shared cultures of a people. It’s dangerous to attempt to, and in our current political environment, the foolish and ignorant idea of allowing unfettered migration that overwhelms and threatens local populations and people groups, is only going to lead to more stress, and ultimately, quite possibly war.

It’s a powder key waiting to happen, and no one knows exactly what the trigger will be. If many of us think in terms of privatization and self-rule within the countries we now live in, it could help relieve at least some of the tension.

Over the long term, it would also stop the state from allowing people into the country that local and regional populations don’t want, and have no affinity to. And when these people start committing crimes against the locals, it only further builds up the tension and potential for bloody conflict.

All of this would eliminate the attraction that accompanies the centralized welfare state, which attracts the wrong kind of people, and they come in large numbers.

If people and cultures want to have people from the outside live among them, it’s their decision to make by their choice, and not the force of the state instigating it and forcing it upon them.

Finally, what this would do would be provide opportunities for different cultures to develop their own small nations, which inevitably would provide peace that doesn’t usually come with large nations that are artificially built by a powerful military and state; nations that are really a number of nations under the umbrella of a giant governing arm that none really feel part of.

Privatization is the key to me, and the more land that is privatized in any nation-state at this time will go a long way toward alleviating the growing stress that is coming with uncontrolled migration that is increasing the chance at major conflicts in much of the West, and further out, in places like Africa, growing pressure from the Chinese and their growing aspirations and control of the continent.

For further reading and research into the ideas of Murray Rothbard in relationship to the vital importance of private property rights in the economy and social order, I would highly recommend The Ethics of Liberty (Amazon) which delves into private property rights and their implication in a variety of environments and situations.