One woman’s story about the horrors of being a victim of incest and child rape, and her healing and ability to forgive after becoming a Christian. 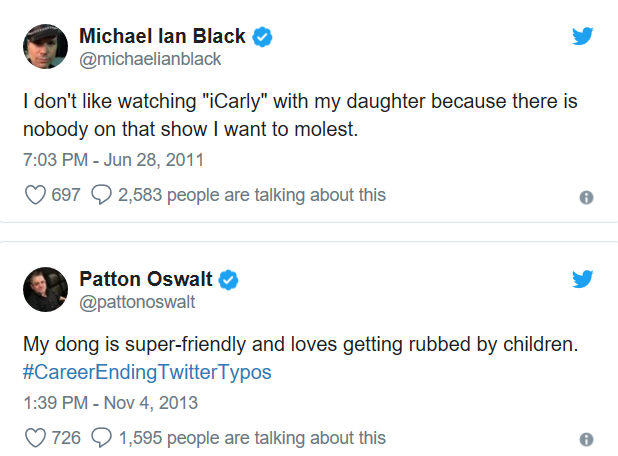 Hollywood celebrities trying to engage in damage control over their public communication concerning child rape and pedophilia. No, it’s not humor, it’s what’s in their hearts, as the Holy Scriptures teach us.

Selma Blair attempts to justify what James Gunn said concerning pedophilia, as did Sarah Silverman, who retweeted it.

Go here to look at more tweets from Hollywood connected to child rape and pedophilia. This is what’s really in their dark hearts.

As the Scriptures also teach, woe to those that call good evil and evil good (Isaiah 5:20).

Some of those that have also tweeted positive views of pedophilia under the guise of humor are Sarah Silverman, Michael Ian Black and Patton Oswalt.