How To Defeat The Merger Of Immorality And The State 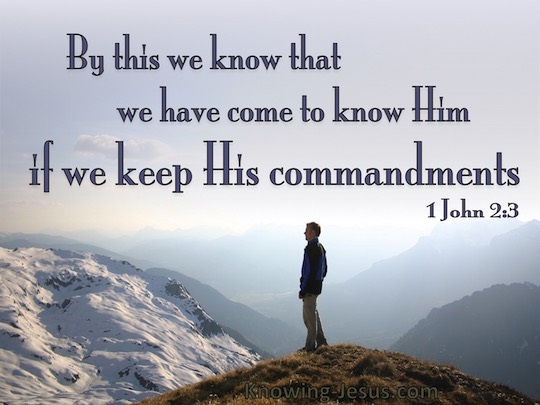 I’m writing this on January 23, 2021, a couple of days after Joe Biden was officially declared the President of the United States. That’s significant to take into account because the stealing of the Presidency has placed a man in power that represents the interests of the lawless, immoral left, which thinks it has carte blanche to impose its will and agenda on the rest of the nation.

That said, there are plenty of those that are allegedly on the right that have a very similar agenda; it all comes from the same source, which is the abandonment of the Holy Scriptures as the standard of truth to be learned and obeyed.

The purpose of this article isn’t to rehash all that, but to point out the dangers of allowing lawlessness to run rampant in society that has replaced the laws of the God of the Bible with self-determined laws based upon self-interests. These laws can and in many cases, are, changed on a whim based upon emerging situations and events that may frustrate the desires and goals of the lawless and godless.

The merging of state and the immoral

The danger we temporarily face is when lawless and unrestrained people come into power, seeking to use the power of the state to impose their will on the citizens of the nation.

History has shown that the levers of power used by the state to impose its will on the people, never ends up well. What we’re facing today is the the merging of the lawless, radical left with government power, which has immediately resulted in the usurper Biden making many despicable changes that will impact the lives of millions, including forcing girls to compete against boys pretending their females in sports, and further loosing up restrictions on abortions, which will increase the number of innocent victims slaughtered with legal and government approval. There are many others as well.

The church and Christianity in general bears much of the blame in this, as it has abandoned the laws of God in exchange for an unbiblical license that allows for just about anything to be done without consequences in this life.

This is in spite of the very clear statement in 1 John 5:2,3, where it says this:

2 By this we know that we love the children of God, when we love God, and keep his commandments.

It’s also in spite of the fact the great commission calls for us to teach the nations to obey everything Jesus commanded. Those commands included and were based upon the law, which Jesus clearly said He didn’t come to abolish or destroy (Matthew 5:17).

None of what we’re facing should surprise us because an immoral people will also result in an immoral state. Instead of trickle down economics, it’s trickle up lawlessness and immorality. The good news is this can be reversed by a call to obedience, and the laws and commands of God being once again taught in churches across the nation and world.

The wicked and immoral are generally satisfied if they are left alone to their own lives and devices. But when the followers of Jesus Christ preach the Gospel to them, calling for repentance first for salvation or regeneration, and obedience to God’s commands as a standard of righteousness afterwards, they are outraged that someone exists that calls evil what it is.

Consequently, in early 2021, the godless are pushing hard to not only make it even more legal to engage in their evil and lawless deeds, but now to punish Christians and others that called them to account for their thinking and resultant actions.

This is a temporary challenge we must face. The answer, over time, is to preach the Gospel in its entirety. We aren’t to stop at the message of repentance unto salvation, but to include the teaching of the laws and commands of Jesus Christ as revealed in the entirety of the Bible, to the nations; that is what the great commission calls for.

While it’s nothing new to see a marriage between evil and immoral people with the state, in the West in general, and the U.S. in particular, we’re seeing it reach a point that it hasn’t reached before.

I see this as good news in that we’re seeing all of this being brought to light in a way, at least in America, it hasn’t been visible before. This will clearly define the sides in the conflict, forcing the hand of the fake Christians and fake right, exposing where they stand in the culture wars.

It’s also good news because of the floundering and insecure way they’re attempting to consolidate power and destroy their fellow countryman and Christians. That tells me they know their days are numbered and they’re panicking, trying to stop what will become their inevitable defeat.

Jesus Christ is king. He will allow no other gods before Him. Without foundations, the left is doomed to ineffectiveness and destruction. They appear to be in full power at this time, but that’s an illusion carefully cultivated by their leaders and their media allies.

The truth is the kingdom of God and His will are destined to come to earth in the same way they are exercised in heaven, as Jesus taught us to pray. It’s not our end that is coming, but theirs.

Victory, while already secured in the work of Jesus Christ on the cross, will be practically worked out by faith in the Lord and by learning and applying the laws and commands in the Bible to all areas of life.