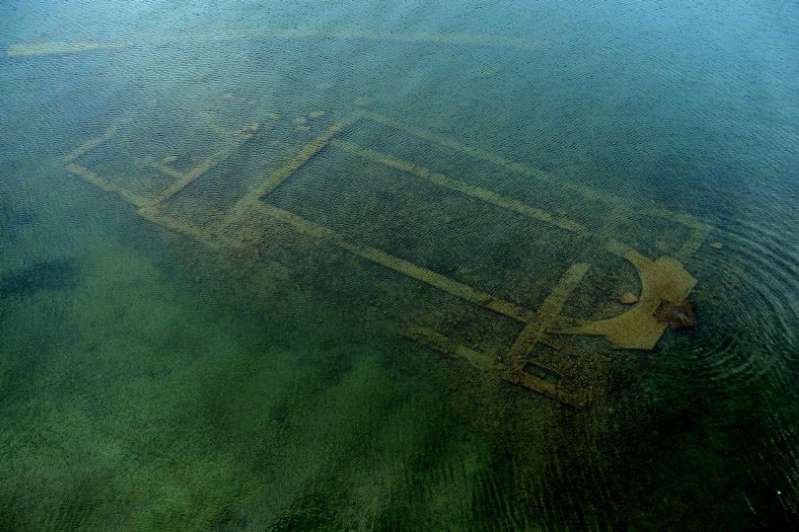 It was fascinating to hear about the discovery of an underwater church building in Turkey, that is likely to be the place where the First Council of Nicaea took place.

The ruins were found in a lake in the city of Iznik, which was formerly known as Nicaea. The church structure was destroyed in 740 AD as a result of an earthquake, and as a result “sunk into the lake.”

Taking into account the assertion it may have been the actual Basilica where consensus was attained concerning some key issues of Christian truth, has to be received with a grain of salt.

I say that because it’s already being positioned as a tourist attraction for Christians and others interested in examining the ruins.

For example, ideas of diving to see the ruins, along with plans already being put in place to develop a 20-meter tower that would allow visitors to view the ruins from shore.

There are also considerations being mulled in regard to building a walkway over the lake or a glass room under the water where people could pray. In other words, the Turks want to use it to make money.

That aside, even if it isn’t the actual place of the First Council of Nicaea, it’s still an important find. And if it is, it’s of historical significance, but in the end, it’s still only a relic of the past; an important relic, but one that points to the importance of what happened there, not the structure it took place in.

Significance of the First Council of Nicaea

As I noted, the significance to Christianity is what took place at Nicaea. If you’re not familiar with early Christian history, it needs to be understood it took about 300 years or so before Christians started to examine and come to conclusions concerning the basic foundations of their faith.

In Nicaea, among the questions being taken into consideration were the relationship between God the Father and Jesus Christ; whether he was created from nothing or was begotten by God. The Nicene Creed was also developed there, along with, for better or worse, the setting of a date for Easter.

What’s most valuable to me with this discovery, even if it isn’t the church building used in the First Council of Nicaea, is the impact believers can have over the long term when addressing or acting upon important eternal issues concerning the kingdom of God.

Think of it. About 1,700 years ago a group of Christian men got together to hammer out some truths concerning Christian doctrine, and the impact of it remains on millions of people to this day.

Most of us will never achieve similar results, but we can’t underestimate the planting of seeds of Biblical truth among the people of whom we have an influence in their lives.

These seeds of truth, when they take root in human beings, can be transferred through generations as they’re passed from children to grandchildren and on. They can also be picked up by others that have an interest in God’s truth in various areas of like, and built upon that throughout this age.

The most important thing to me about the church building ruins discovered in Turkey, isn’t if they are the actual structure used to determine important foundational and Biblical truths, but rather, the impact of finding answers that represent the truth of God.

Once the answers are found, we can then pass them on from generation to generation in order that they can embrace and expand upon the implications of that truth in everyday life.

It’s a reminder that God’s word does not return to Him void, and if we’re faithful in discovering, modeling and sharing God’s truths, it will have a direct impact on the lives of people, even if at times it appears it has been cast aside and rejected.

The point is only God can give the increase, as Paul revealed to us by the Holy Spirit. Our job isn’t to only plant if we see immediate results, but to keep faithfully planting whether or not we see the fruit of our work in the short term, or even in this lifetime.

We are called to be faithful in planting. It’s only God that can give the increase, and He does it according to His perfect will and understanding.