Great Commission: What Has Been Forgotten or Ignored by Believers 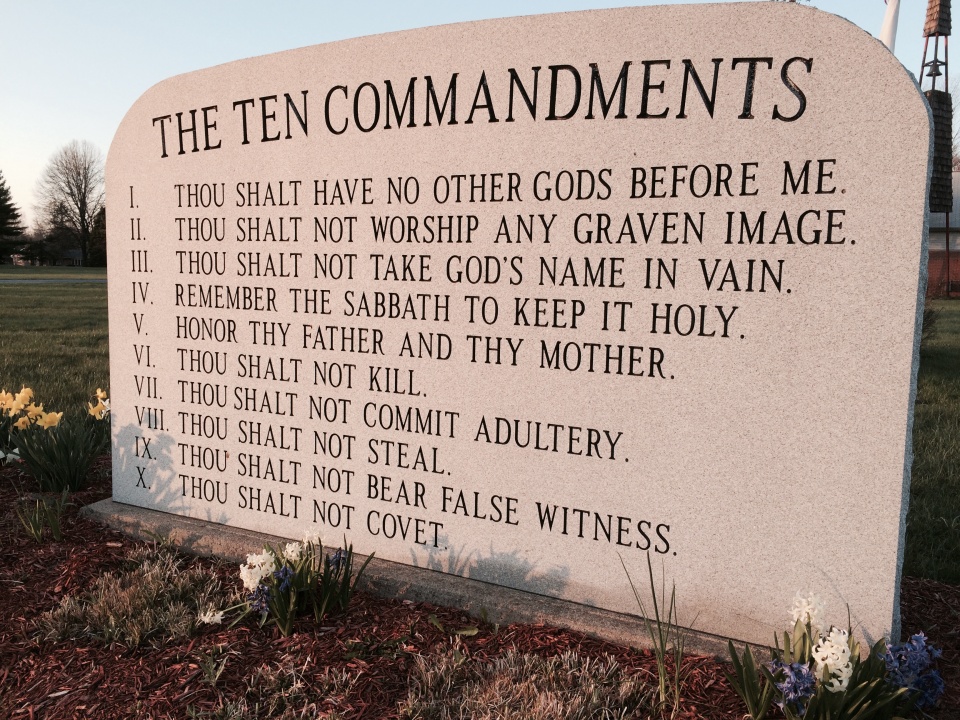 And Jesus came and said to them, “All authority in heaven and on earth has been given to me. Go therefore and make disciples of all nations, baptizing them in the name of the Father and of the Son and of the Holy Spirit, teaching them to observe all that I have commanded you. And behold, I am with you always, to the end of the age.”

In the modern Christian era, it is not surprising to see so many professing Christ picking and choosing what they want to believe from the Bible, and ignoring or disregarding the rest. This is especially true concerning what most call the Great Commission.

There’s a lot of focus on the “go” part of the commission in verse 19, along with the baptizing command. But the truth is the command was far more comprehensive than simply declaring the gospel and baptizing individual believers. It was meant to be taught to nations as a whole, to the end they are to come under the dominion of Jesus Christ and His teachings, as revealed in the Holy Scriptures.

A lot of Christians still have trouble getting their minds around the fact Jesus expected the nations to hear His commands, and were required to embrace and obey them.

Today, we not only have few that believe this, but a growing number of those saying they’re Christians don’t even believe the commands of Jesus are still part of Christianity. How many times do you hear the assertion we’re not under law, but are under grace?

Now it’s true that we’re not under the law, but that’s a reference to justification, or being saved by grace, and not our own works. I’m not aware of any real Christian that denies that truth.

That said, Jesus said if we love Him, we’re to keep His commandments. He was referring to the moral law as revealed to Moses and recorded in the Bible. The law, as far as types and shadows, ceremonial aspects, and the Aaronic priesthood, have of course been fulfilled in Christ.

But the absurd idea we can repent and have faith in Christ and do whatever we want because there are no longer any laws to forbid them, is an outrageous lie. Does anyone seriously believe we can be saved and then go and kill our neighbor because there is no longer any law or punishment if we do so? Or pursue our neighbor’s wife or husband to commit adultery with? How about stealing everything they have because there is nothing to restrain us because of the false concept of grace circulating among many Christians?

At this time, most people believing in hyper grace throw these Scriptures below out as proof they are right.

Owe no one anything, except to love each other, for the one who loves another has fulfilled the law.

Love does no wrong to a neighbor; therefore love is the fulfilling of the law.

For the whole law is fulfilled in one word: “You shall love your neighbor as yourself.”

If you really fulfill the royal law according to the Scripture, “You shall love your neighbor as yourself,” you are doing well.

What’s wrong with using these scriptures? Nothing, if you really understand what they’re saying.

The problem is in our modern times, people are interpreting the word love from the point of view of its current usage, which has been influenced heavily by the secular counseling industry, which isn’t based in any way upon the Bible. Most of that has also been embraced by many Christian counselors, which has almost totally distorted what the word love means in the context of the Scriptures listed above.

When many Christians read the above passages, what they hear is this:  the word love means nice feelings. They consider it more a sense of not having any bad “feelings” toward someone. Any honest person would admit that’s the case.

Let’s use one example from above: “Love does no wrong to a neighbor; therefore love is the fulfilling of the law.”

There is nothing about feelings or emotions there. It very clearly states that loving your neighbor means you do them no wrong. How much clearer can it get than that? Because you do them no wrong, meaning you treat them in alignment with what the moral laws of God teach us in the Bible, love is the fulfillment of the law.

Most totally distort that obvious meaning and only focus on the second half of the verse, rather than interpret and understand it in light of the first half.

The idea you can have nice feelings toward your neighbor and then do whatever you want to them, is so false, I don’t even see how it can be considered as a serious interpretation of the text. Yet many still quote the verses above in that exact way. We need to stop it.

After all, how can we teach the nations to obey what Jesus commanded us if we don’t even believe there is such thing as a requirement to obey, primarily because of the false teaching there is no longer any moral laws to be obeyed?

In other words, not only are we ignoring the key component of the Great Commission, Christians in large numbers, don’t even believe in it anymore. Obedience? How “time of Christ” that is. Or, “how early first century that is.” That’s just another way of saying most Christians no longer believe it’s relevant for today.

If that’s true, than the question has to be asked about what Jesus was referring to. He obviously was talking about post-resurrection. So people can’t hide behind the idea it was before the end of the old covenant, and so the law was still in effect. Jesus and the disciples knew this was talking about the time after He ascended into heaven.

Does anyone really want to take on the idea that Jesus wasn’t talking about the moral laws revealed to Moses? He reiterated in the Gospels that they were still to be obeyed.

John is very clear about this in his first letter. Keep in mind this is long after Jesus was crucified, buried, resurrected, and ascended into heaven.

Whoever says “I know him” but does not keep his commandments is a liar, and the truth is not in him,

Whoever keeps his commandments abides in God, and God in him. And by this we know that he abides in us, by the Spirit whom he has given us.

By this we know that we love the children of God, when we love God and obey his commandments.

Yet Christians continue to assert we’re not under law. Is John a liar? Is the Holy Spirit that directed John to write these things a liar? If not, than those believing these things need to repent and once again embrace the laws of God, and commit to obeying them.

This isn’t the only place in the New Testament it says these things. Hebrews is also very clear about the matter.

For this is the covenant that I will make with the house of Israel after those days, declares the Lord: I will put my laws into their minds, and write them on their hearts, and I will be their God, and they shall be my people.

It would be a strange conclusion to draw that this isn’t a reference to the law of God. What law would He be talking about, if not the laws already revealed that reflect the person and character of God, that never changes. He’s the Lord, and He doesn’t change.

12 But when Christ had offered for all time a single sacrifice for sins, he sat down at the right hand of God, 13 waiting from that time until his enemies should be made a footstool for his feet. 14 For by a single offering he has perfected for all time those who are being sanctified.
15 And the Holy Spirit also bears witness to us; for after saying,
16
“This is the covenant that I will make with them
after those days, declares the Lord:
I will put my laws on their hearts,
and write them on their minds,”
17 then he adds, “I will remember their sins and their lawless deeds no more.”

What many believers do when reading the Bible is fail to compare the scriptures with other scriptures, or to rip scriptures out of context to support to their confirmation bias.

All of this really isn’t that complicated. There is salvation by grace alone, so that no one can boast, after all, “all have sinned and come short of the glory of God.” That means we all need a Savior.

We all agree with that. Where confusion can come in is in regard to sanctification, which includes walking in obedience to the laws of God. The entirety of the eternal purpose of God before He started creation was that there would be a people that were conformed to His image.

Along with His character traits and the call to subdue the earth, that included obedience to the moral laws He revealed to us. We aren’t saved by obedience to His laws, but we are to walk in, and treat one another in light of them. That is what love really is, as defined by the Bible.

That means we are to learn the laws and walk in obedience to them, and as we preach the Gospel among the nations, teach them to do the same. This is a big part of taking dominion over the earth, which was the command given to Adam and Eve. It remains to be accomplished to this day, and is a much neglected part of the Great Commission.