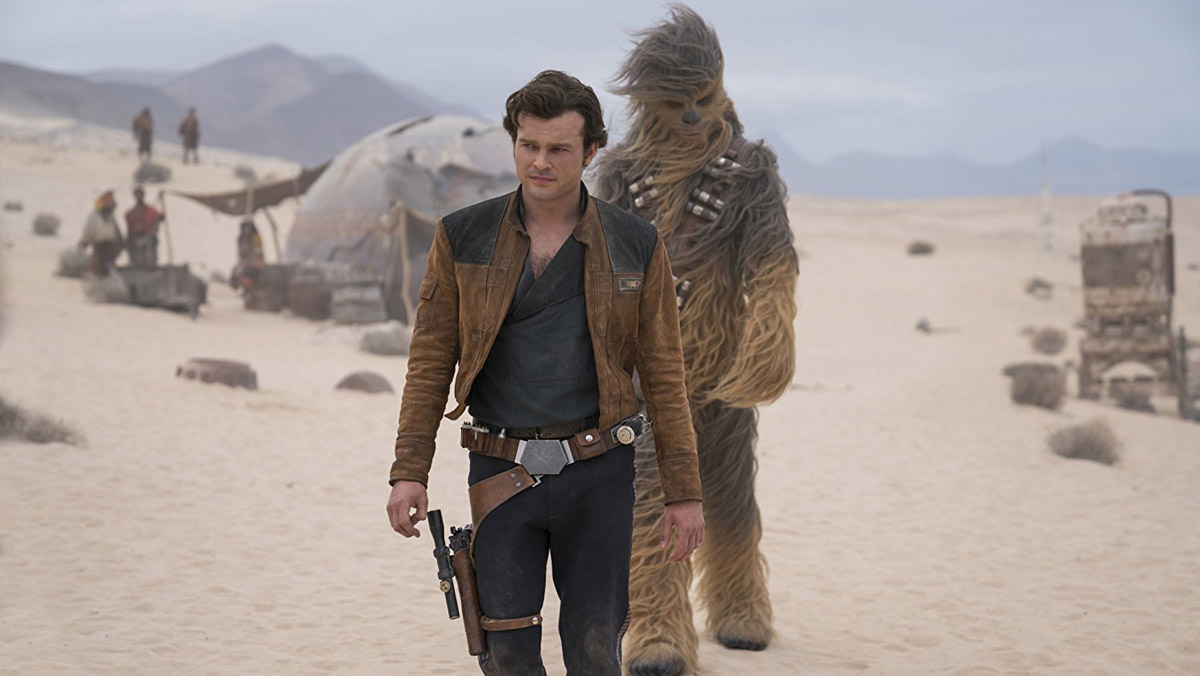 In the latest installment from the Star Wars universe, we found out it wasn’t Han Solo’s son Kylo Ren, or Ben Solo, that killed him, it was SJW Kathleen Kennedy, a producer who was put in charge of the Star Wars franchise.

Han Solo, we have discovered, was destroyed before the lightsaber was thrust through him in The Force Awakens. That was more kind than what Kennedy did to him and the Star Wars franchise in Solo.

Worse, she obliterated the likeable character of Lando Calrissian, by portraying him as a “pansexual.”

Although some have pointed to The Last Jedi as the beginning of the end of the Star Wars franchise, in truth, it started with The Force Awakens, which had a lot of liberal and SJW elements to it. I understand that some will point to the second trilogy that were a preguel to the original Star Wars movies, but they were bad for a different reason.

To get an idea of how bad Solo is performing, it opened at 4,400 screens, and will take in about $114 million for the four-day Memorial Day weekend in the U.S. For the first three days it’s expected to take in approximately $93 million.

Rogue One garnered $155 million, and The Last Jedi $220 million, in their three-day debuts.

Globally, Solo opened in 44 markets and generated an anemic $11.4 million over the first two days.

The good news is the fervent feminist and left-wing social justice warrior underscores the tremendous opportunity the right and Christians have in the entertainment industry, as they take over organizations and business to push their warped agendas.

This is far from the first film franchise, or segment of the entertainment industry they’ve infiltrated and started to destroy. Another one is the comic book industry, which has had declining sales for years, as the SJWs and left-wing people use them to force their worldview on people.

It’s of course happening with sports as well, and probably every institution they infiltrate and take over, including public education, churches, and government, among others.

This shouldn’t be considered a major defeat, rather, it should be looked upon as a major opportunity for creative people that have great stories to tell.

There is a hunger for quality stories that are uplifting, interesting, and aren’t ambiguous about good and evil.

As the right is continually attacked and deplatformed from social media sites like Facebook, Twitter, Google, and others, it provides an extraordinary opportunity for those that cater to those that want their voices heard through creative storytelling via various mediums and outlets.

Because the left can’t create but only destroy, those who are willing to take the time and patience to learn their craft, build new platforms, distribution networks and publishing houses, among numerous other things, will have a chance to scale out and influence the culture for the better, in an entertaining and compelling way.

We are in the very early stages of this change in regard to offering something far better than the left, and we need to commit and try a variety of things across all the segments of life in order to show there is a better culture that reflects the healthy aspirations and hopes of regular people.

The awesome new creation initiated by Jesus Christ in a people is where the extradordinary changes begin, where they start from within the hearts of people and work their way into becoming practical outworkings that can be seen by those in the places we live in and influence.