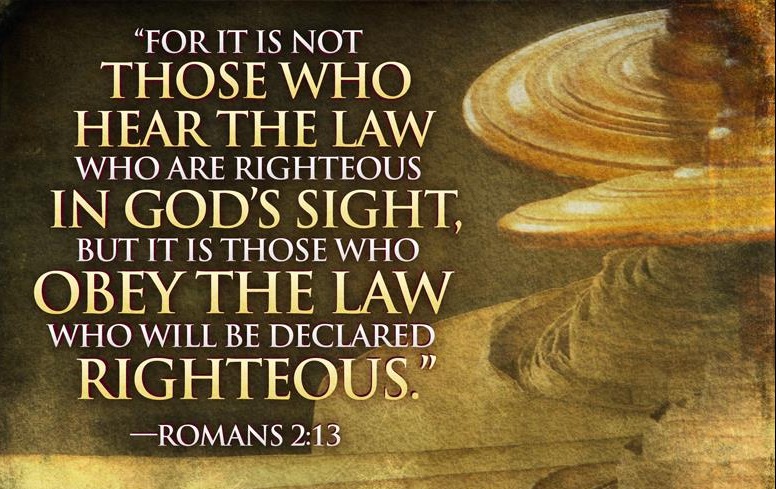 Jesus Christ is King and Lord of heaven and earth, and as confirmed by His teaching in response to His disciples asking Him how to pray, part of the instruction was, “Thy kingdom come they will be done on earth as it is in heaven,” demonstrating it was His will that the earth would be filled with the will of God and kingdom of God.

A key issue associated with that is this: how is the kingdom of God to come to earth? How are His people to institute that kingdom in all the nations?

First, it needs to be understood that what is called the Great Commission, Jesus commanded His disciples and by extension, future generations of Christians, to teach the nations all things He commanded them.

That provides us with the guidance we need to build the kingdom of God on earth. The key element is the word ‘command.’ Throughout the entirety of the scriptures God has revealed His expectations for His people by communicating His commands or laws. It started with Adam and Eve in the garden.

Unfortunately, most Christians get confused by this because of the misguided notion that that laws of God no longer apply to us after the work of Christ on the cross, even though numerous times in the New Testament it is stated over and over again that the moral laws of God remain in effect (not the ceremonial laws).

It would be absurd to conclude that Jesus died for our sins and afterwards it was okay to murder, commit adultery, steal, or participate in any other sins.

As a matter of fact, we are told by God that He will write His laws in our mind and hearts.

For this is the covenant that I will make with the house of Israel after those days, saith the Lord; I will put my laws into their mind, and write them in their hearts: and I will be to them a God, and they shall be to me a people:

In Revelation it adds this:

17 And the dragon was wroth with the woman, and went to make war with the remnant of her seed, which keep the commandments of God, and have the testimony of Jesus Christ.

12 Here is the patience of the saints: here are they that keep the commandments of God, and the faith of Jesus.

Finally, 1 John 2:1-6 is very clear on the ongoing validity of the law of God in the New Testament age:

1 My little children, these things write I unto you, that ye sin not. And if any man sin, we have an advocate with the Father, Jesus Christ the righteous:
2 And he is the propitiation for our sins: and not for ours only, but also for the sins of the whole world.
3 And hereby we do know that we know him, if we keep his commandments.
4 He that saith, I know him, and keepeth not his commandments, is a liar, and the truth is not in him.
5 But whoso keepeth his word, in him verily is the love of God perfected: hereby know we that we are in him.
6 He that saith he abideth in him ought himself also so to walk, even as he walked.

There are many more New Testament scriptures that confirm the fact we are to continue to obey the laws of God.

Another area Christians get confused over and resist the obvious and clear revelation of the need to continue obeying the moral laws of God, is because they fail to make a distinction between justification and sanctification, or righteous living.

In the case of justification, regeneration, or getting saved, it’s very clear no amount of obedience to the law can gain our salvation; it’s a free gift of God obtained by faith in the person and work of Jesus Christ on the cross. There is no other way to get saved but by believing in Him.

That said, the fruits of salvation will be desire to know, understand and walk in obedience to His laws. There is no getting around the very clear scriptures above that provide this understanding after the resurrection and ascension of Jesus Christ.

How it relates to God’s kingdom

The point of this is there can really be no kingdom of God on earth if we don’t learn the law and what it means, applying it to our everyday lives, and also in all other areas of life.

The entire point of the new creation was the introduction of a heavenly people that would build a new civilization on earth that reflected the nature of the Lord Jesus Christ Himself; it wasn’t simply to have a bunch of individual people get saved from eternal damnation, as important as that is for all of us.

We’re saved unto a purpose, and that eternal purpose is to be conformed to the image of God. That entails His character, His holiness, and His dominion on the earth. Jesus takes care of heaven on His own, He rules and reigns on earth via His people, with the Holy Spirit working with us to that end. He gives us the Holy Scriptures as the final arbiter on all matters related to life.

When saying we’re saved unto a purpose, I don’t mean by that a new purpose, rather salvation through Jesus Christ brings us back to the reason for our being created in the first place, which was to bear His image and fulfill the eternal purpose He had for us before time began. Sin got us off track, redemption bought us and brought us back on track.

The laws of God apply to us individually as well as to all areas of life. We’re to learn and contemplate them, while looking at ways they can be implemented to impact politics, business, the arts, entertainment, education, medicine, and numerous other areas of life we engage in.

God says the wheat and the tares will grow together, that means there will be two civilizations dwelling on planet earth. What needs to be considered is it doesn’t mean they’ll be split 50/50 in power and influence, with a permanent stand-off being the result.

Rather, based upon God’s word, we’ll see the kingdom of God fill the earth, and have dominion over it all. By dominion over it all I mean it’ll have more influence on the people and nations of the earth than the tares will have. The tares will never fully be rooted out, but they will be for the most part, neutralized to little effect, outside of outposts where evil people prefer to live out the consequences of their lives rather than submit unto the Lordship of Jesus Christ as reflected in His people administrating most areas of the earth.