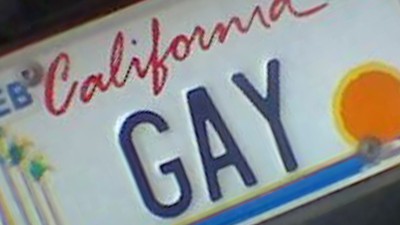 In its ongoing collapse into a totalitarian abyss, a new bill has been introduced in California which would not allow homosexuals or gays from getting help to be delivered from the lifestyle if they choose to.

Not only will it criminalize organizations or people that can offer spiritual guidance, therapy or counseling, but it makes it illegal for those wanting to change their sexual orientation to seek that option in California.

The totalitarian practice of the Gaystapo is worsening, as it become clearer and clearer that it is not something a person is born with, but a choice that is made.

Th LA Times reported that the bill “would expand the definition of ‘unfair or deceptive acts or practices’ for which consumers could sue.” There is no doubt this will include Christians and churches if it becomes law. The article said that this will probably be how it works out, as “churches or other religious groups that sold, advertised or even recommended books that propagated the idea that believers can use prayer to overcome ‘same-sex attraction,’” may be liable to lawsuits and penalties.

While none of this is surprising, it is amazing the self-hatred inherent in homosexuals, which spreads to anyone that reinforces the fact it is sin and unhealthy. The strange thing is many know this, and yet continue to resist even themselves and their desire to be delivered from being gay.

Worse as it relates to the general population, it is setting up even more totalitarianism and control, as it will without a doubt filter into the family, and when parents attempt to teach their children the wrongness of being gay, the children will almost certainly be encouraged or taught to turn in their parents to authorities for not aligning with the California “law.”

Whether it’s made law or not, Christians will have to reject the premise, and “obey God rather than man.” Gays need to be called out for their sin just like anyone else, and there is no way to do so without calling for them to repent, as the Holy Scriptures teach. That will be defined by California as a form of therapy, and so will be forbidden by the law.

What California and others will quickly learn is God doesn’t call for His people to arbitrarily obey any law instituted by man. If it goes against the laws of God, we are called to obey God and not man.

As many former gays have already revealed, they have in fact been delivered from their former bondage, and as a number of studies have shown, are far more happy than they had ever been while practicing that unnatural lifestyle.