Andrew Tate on Christianity vs. Islam 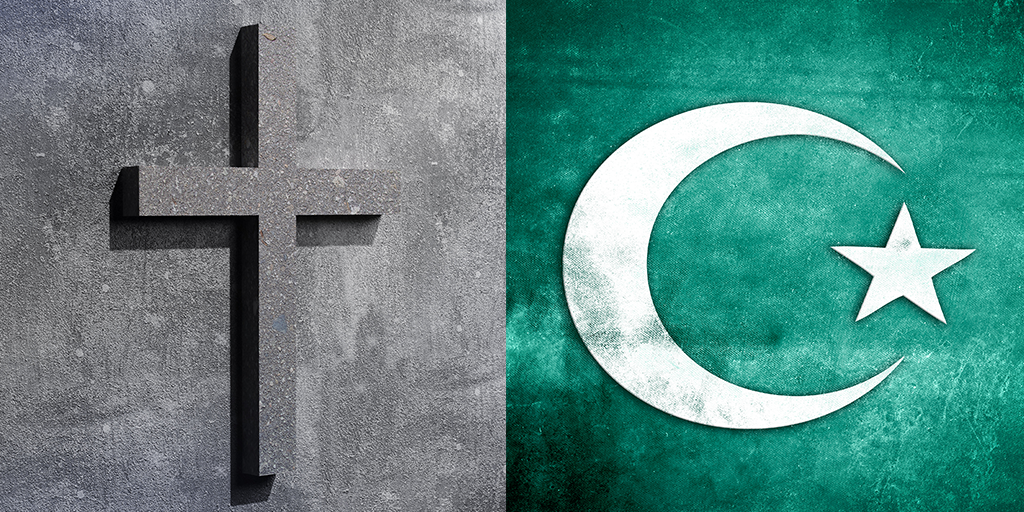 Below is a video of Andrew Tate being interviewed by a Muslim. I recommend you watch from 5:42 to 13:22, where he talks about the differences in attitude toward Christians and their beliefs, and Muslims and their beliefs.

He rightly states that Christians in general, don’t know their Bibles or take it seriously. He also notes that Muslims take the Koran very seriously and live their lives in accordance with its teachings.

He also recognizes that Islam fixes problems many men are facing today.

While Tate identifies as Orthodox Christian (although it is very unlikely, he is truly saved), he offers up an analogy of how Christians and Muslims differ in respecting their respective religions. He says:

“Let me give an analogy. If you don’t respect your own house, if you walk into somebody’s house and it’s a and it’s a mess, you’re not gonna worry about making a mess or about cleaning up after yourself or leaving a cup on the coffee table, right? But if you walk into someone’s house and it’s pristine then you’re gonna be very concerned about making a mess… Muslims have so much respect for themselves that people automatically respect the religion as a whole, whereas Christians don’t … we talk about things lasting into the future, especially religions as a whole. If you become tolerant of everything to the point where like Christianity is now, where they say, ‘oh we’re tolerant,’ well if you’re so tolerant you ignore your own book then what are you do do you know where I’m coming from and that’s why i have so much faith, uh sorry, so much respect for the Islamic faith.”

He also talks of the safety associated with what he identifies as “first world Muslim nations.”

“I’ve been all around the world. Some of the best countries in the world today are the first world Muslim nations. Yeah, Qatar. You can go to Qatar you can fall asleep with a million dollars on your lap in the middle of the street; nothing’s going to happen. Saudi Arabia: if you’re gonna go to Saudi, nothing will happen to you. You can go to Dubai, UAE. Nothing. They leave their cars parked with the kids inside; it’s so safe.

He also talks about the illusion of safety from governments because they’re Democracies.

I often say like it’s kind of strange when you discuss crimes as a whole… it’s kind of interesting to me that the western democracies have always sold this lie that you’re safe from the government if it’s a democracy. Well, that’s not true; that’s been proven in real time recently… Canada has proved that; Australia has proved that; America’s proved that. So, you’re never safe from your government. So a democracy, as a whole, is no safer to exist under than a kingdom like the kingdom of Saudi Arabia or a dictatorship… you’re no safer under a democracy, so we can remove that element the whole idea that they’re not democratic, because democracy doesn’t provide anything, or help anything in terms of safety from the government… what a democracy does do is cause so much fraction and so much disintegration amongst the society that now you have to not only fear your government, you have to fear the normal people on the street.”

Finally, he comments on why Christianity, has largely become a joke in the world today. The caveat I would insert here is it is a joke in the West, but in other parts of the world it’s taken very seriously, as the many martyred saints confirm.

Christianity in the modern world has become such a laughingstock and it has been because people don’t practice it in any kind of strict way anymore… and people say, oh you know Islam so strict, and I say look, a lot of the rules of Islam are also in the in the Bible, you’re a Christian who’s never read…your own bible. You don’t know what your own rules are, so it’s amazing how similar a lot of the tenets of the two religions are. It’s just Islam and Muslims are the last people who take it seriously and practice it in a way it should be practiced and respect it.”

Tate identifies something that the majority of Christians don’t, and that is that religion is meant to be an all-encompassing aspect of our lives, with every part of our lives being guided by the Bible.

He also is aware that religion is meant to be the dominant force in our lives, and ultimately meant to take dominion over the earth through the application of God’s laws and commands to various circumstances that arise over time.

Instinctually, he knows the earth and the associated problems of human beings living on the planet require answers, and those that provide the answers will be those that rule the planet with authority.

Christians are called to be those people, but if we continue to neglect our dominion calling, it will leave a vacuum where other religions will step in and fill it. Islam is knocking on the door.