There is a lot of uncertainty in the job market of America because of the volatility associated with ongoing disruption in numerous fields. Yet at the same time there are markets that won’t be disrupted no matter how technology advances and changes the dynamics of the market going forward.

That isn’t to suggest there won’t be required training in the three fields I’m going to talk about in this article because of improvement and changes in technology, only that the fields themselves self aren’t ever going to go away.

Now let’s look at three of the highest paying jobs that will continue to be in high demand over the next decade; doubling in growth every two to three years.

It’s no secret that governments and corporation are working as hard and quickly as they can to protect their servers and computer data from hackers; there seems to be a new breach in security on a weekly basis. To that end there has been increasing demand for the information security analyst.

The Bureau of Labor Statistics says that there are approximately 125,000 workers in the field at this time, with an average annual wage of $108,000.

According to the BLS, the growth rate for information security analysts will be at a hefty 31.2 percent through 2029. There are only a few other jobs that are growing at a faster pace.

Just under 70 percent of workers in the sector have a bachelor’s degree.

With the digitization of almost everything, information is being moved online at an exponential rate. In conjunction with that hackers are always looking for weaknesses they can exploit in any system, where they can gather data and use it for blackmail and other financial purposes. That’s why demand for information security analysts is going to continue to increase for many years.

In the medical field there will be no end to growing demand for physician assistants, who work with doctors in providing medical care to patients. Not only do they help doctors with their work, but they have increasingly taking on providing a number of services that only doctors in the past were allowed to do.

It may be surprising to some, but the physician assistant is in the top ten of highest paying jobs in the U.S., earning an annual wage of $99,372 per year.

There are about 113,000 physician assistants in America, and the growth rate through 2029 is projected to be 31.3 percent; slightly higher than the information security analyst.

The aging population in the U.S., along with high levels of immigration, guarantee that demand for their medical services will continue to grow for long into the future.

About 90.5 percent of workers in the field have a bachelor’s degree, and almost 75 percent have a master’s degree.

For the same reasons as physician assistants, the growth rate through 2029 will be at an impressive 52.4 percent, higher by far than any other career opportunity.

Of those working as nurse practitioners, 98.6 percent have bachelor’s degree. It’s humorous that the percentage happens to be 98.6.

Almost 85 percent of nurse practitioners in America are women.

Most of the highest paying jobs in America are related directly to the STEM fields: engineering, math, science and technology. Even so, the medical field is growing at equal to or higher rates in demand, and offers among the top paying wages for those seeking careers there.

The key takeaway here is that even with the noise and disruption in the marketplace, we need to understand that there are things that never change, in the case of medical needs, and in field such as cybersecurity, demand is going to continue to grow for a long time.

What that suggests is even with the volatility associated with life, there are some things in the area of the job market that are predictable over the long term, and the jobs listed in this article, and others like them, are going to provide stability at a time when everything seems to be in flux.

After all, the types of jobs listed here, or similar to them, weren’t shut down during the worst of the COVID-19 pandemic. With the exception of higher paying jobs in the airline industry, it was primarily fields like hospitality, retail and services that were forced to shut down; most of which were lower paying jobs.

The point is not only are the highest paying jobs enjoying significant growth rates, but they are also the least likely to be disrupted by unforeseen events and circumstances.

When looking for careers that pay well and are most likely to endure, look in the STEM and medical fields for ideas. They offer the best opportunities for the duration of our careers. 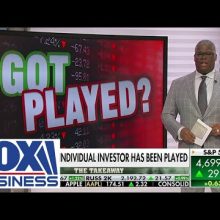 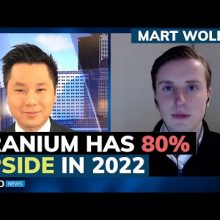 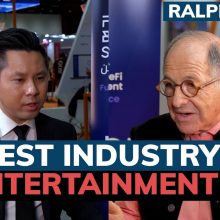