Why The Future is Christian Nationalism 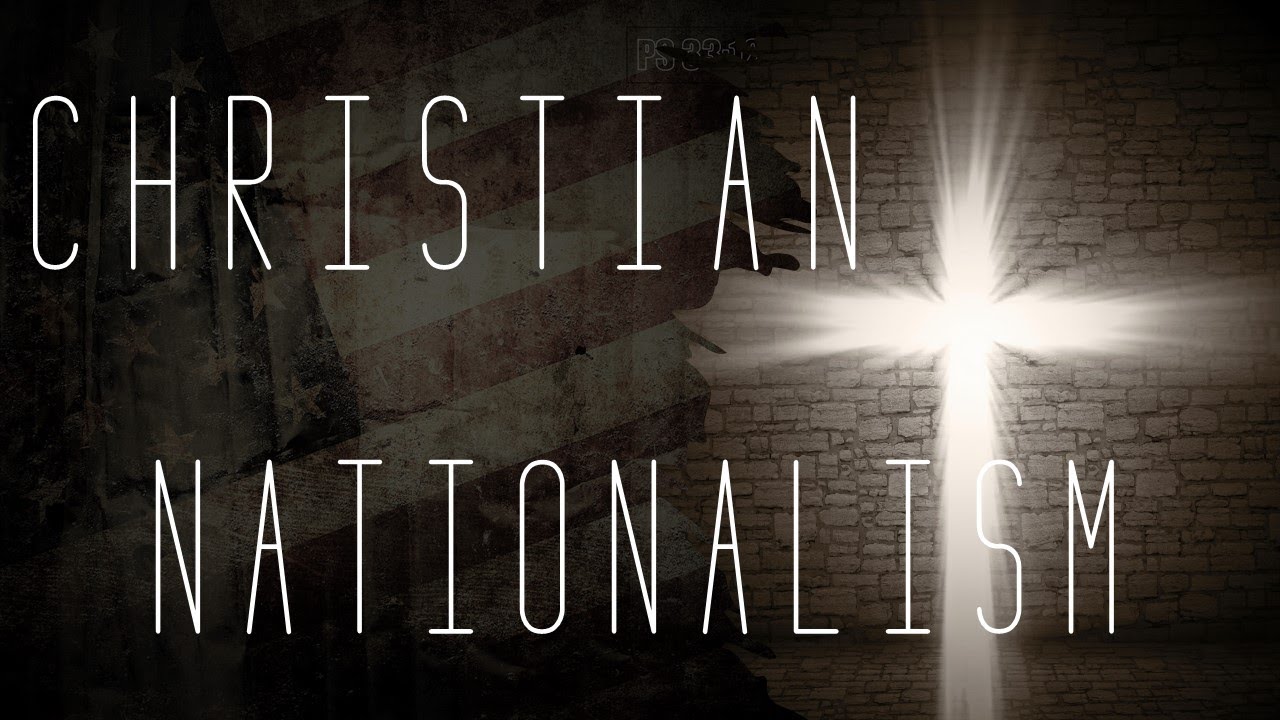 Christian Nationalism is the inevitable result of the obedient response to the faithful teaching of the Great Commission.

The enemies of Christ are attempting to blur the lines between white supremacy and Christian nationalism.

We must ignore this wicked strategy and continue to faithfully preach and build the kingdom of God in every nation.

29 For whom he did foreknow, he also did predestinate to be conformed to the image of his Son, that he might be the firstborn among many brethren.

The idea of Christian nationalism has been under attack, with our enemies jumping on the Charlottesville Protests in an effort to lump so-called White Supremacy and/or White Nationalism with Christian Nationalism.

What’s preposterous about this is, when you look at the group called the ‘Proud Boys,’ which played a role in the events surrounding Charlottesville at the time, it was made up of a wide variety of races. Nonetheless, it hasn’t stopped fake media outlets from designating them as White Supremacists.

In other words, White Supremacism, to a large extent, no longer has to do with white people alone, but anyone that opposes the left and its globalist agenda. White Christians are still the primary target of leftist media, but it repeats the smear, in my opinion, in order to keep non-white Christians unsure of what Christian Nationalism means.

What is Christian Nationalism?

Christian Nationalism is nothing less than the fulfillment of the Great Commission, where we are commanded to disciple the nations, teaching them to obey everything Jesus commanded. To put it another way, it’s teaching the nations to apply the Holy Scriptures to all areas of life. Christian Nationalism is the result of obedience by nations to the preaching and teaching of the Word of God.

Globalists understand that this is the major threat to their agenda, and so, in an attempt to undermine the call of Jesus Christ to teach the nations to learn and obey His commands, the left is attempting to make Christian Nationalism to be no different than White Supremacy.

The point here is, by attempting to associate Christian Nationalism with White Supremacism, it gives the appearance of illegitimacy to the very purpose of God at the corporate level. In other words, keep the focus of Christians on individual salvation, rather than the totality of salvation represented by all of His people in each generation, i.e., Christian Nationalism.

Note in Romans 8:29 it states that we are predestinated “to be conformed to the image of his Son, that he might be the firstborn among many brethren.” Many brethren, not a bunch of scattered, disassociated individuals. It’s similar to a family. We’re in it together, but it doesn’t take away our individuality. As a matter of fact, it’s the variety of individuals within the family that make it what it is, the same with Christian Nationalism on a larger scale.

The nation and geography

It needs to be stated here that a nation no longer has anything to do with geography. We can all the United States a nation, but in reality, it has become a geographic area inhabited by numerous nations.

The point is, having citizenship papers has nothing to do with a nation. We need to understand a nation is a specific people, as Genesis 10 reveals to us. First, look at Gen. 10:32. It clearly says that the above list of families were the nations divided in the earth after the flood.

From there, read from verse one the list of the nations. They are all associated with families. When you read of some of the cities they built, it is the representative head of the family that is mentioned. There is no doubt, Biblically, the nations were the various families that came forth from Noah and his sons; the nations, overall, had the same DNA.

To further confirm this, read Gen. 10:5, it says this:  By these were the isles of the Gentiles divided in their lands; everyone after his tongue, after their families, in their nations.

This isn’t to suggest that there never was someone from another family or race that lived within their lands, but it without a doubt suggests that specific families or nations were numerically and culturally dominant in the regions of the earth they had dominion over.

Globalists have always attempted to tear down nationalism as revealed in the Bible in order return to pre-Babel conditions. When God judged the globalists at Babel and made a wide variety of languages, that was the moment distinctive nations were birthed.

The nations already existed as represented by families, but now they had their own languages and cultures that emerged from the intervention of God. The reason this happened was because in the early creation account, Adam was commanded to populate the entire earth. By stopping and disobediently building a city and tower (almost certainly a ziggurat), in order to build a name for themselves, they clearly stated it was, so they weren’t “scattered abroad upon the face of the earth.” (Gen. 11:4)

God’s purpose was never to have one giant, globalist center to rule the earth, but a variety of nations that took dominion over specific geographic areas God gave them to rule over.

In our day, the outrageous, ungodly migration of millions of people to Western nations to disrupt and displace Christendom, is the child of globalist elites trying to destroy the vestiges of Christian Nationalism or Western Civilization. This is why they attempt to smear it with White Supremacy.

How does this apply today?

A question is probably already in some readers’ minds concerning the Biblical definition of nations, and that is, “how are nations defined when there has been so much mingling of races throughout history?

If you have ever read the results of DNA tests, there are numerous races usually included in our lineage. So how do we identify as a people then? The answer is simple in my opinion, and that is, it is who we tend to identify with and gravitate toward.

The other answer is, even with a variety of races included in our lineage, we still almost always have a dominant race or two that defines who we are culturally. Consequently, those are the people we consider to be our family and generally, friends.

This shouldn’t have any impact on how we treat one another in regard to the love of God we are commanded to have toward others, i.e., treating those outside our people group or nation in accordance with the laws of God as revealed in the Bible. But it does mean we are, under most circumstances, more comfortable and productive with those of our own kind. There’s absolutely nothing wrong with that.

The answer of Jesus Christ to the nations or races is that they are all to be taught to obey His commands.

Christian Nationalism isn’t white alone, but it includes various white nations. After all, white people are called to obey the commands and laws of Jesus Christ as much as any other race or nation.

This aligns with the original command of God to Adam that he was called, along with Eve, to populate or replenish the earth. Babel was the rebellion of man against that command, and God in response to that rebellion, made further distinctives between the races or nations by confounding the one language that existed at the time, and by extension, furthering the various cultural differences that exist to this day. That’s a good thing.

The point is, the globalists always try to reverse God’s design for man and introduce their own purpose of making all the nations the same, rather than the unique families they originally represented.

Christian Nationalism is the response of God as evidenced by the Great Commission, to remedy that by preaching the same gospel and commands to all the nations and races of the world, while retaining their unique cultural characteristics that are allowed under the will of God as revealed in the Bible.

Not only is it the future, over the long term it will be the predominate future. Christian Nationalism isn’t just for white people or the United States, it represents all peoples and nations.

That said, it has definitely a big part of white peoples that responded to the call to believe in Jesus Christ and obey Him over the centuries, and we must not be afraid to embrace our history and culture, building on and improving it as we walk in obedience to God’s will for planet Earth.

Here’s the end result of Christian Nationalism (the days of these kings refers to the Roman Empire):

The victory of God via Christian Nationalism isn’t the removal of nations, races and cultures, but rather, restoring them to their true purpose and meaning as they learn to walk in obedience to the light of the revelation of God revealed in the Bible.