The flamboyant and interesting Elon Musk has been on what is designed to be a personal mission for the human race to be saved from the rise of the machine, or rather, what’s inside the machine: artificial intelligence.

Musk has went so far as to call it the greatest threat to mankind.

Is he using his usual hyperbole to for personal gain, or is his concerns based upon personal knowledge of what human beings are putting in the code that may have ulterior motives; especially if they are from elites in the shadow government trying to control the future of the world? After all, he has access to people of wealth and power all over the globe.

Musk’s claim of concern over mankind is very dubious in my opinion, as he recently said the reason he was investing in AI research was because he was “keeping an eye on what’s going on,” rather than to generate revenue. Sure, Elon

He said, “With artificial intelligence we are summoning the demon. In all those stories where there’s the guy with the pentagram and the holy water, it’s like – yeah, he’s sure he can control the demon. Doesn’t work out.”

Saying that out of one side of his mouth, he is one of the large investors in a company called Vicarious, which has the goal of building “a computer that can think like a person, with a neural network capable of replicating the part of the brain that controls vision, body movement and language.”

If we are to believe Musk, he’s helping to accelerate the process of AI in order to watch over the direction it is taking.

Other stakeholders in the venture are Mark Zuckerberg and Ashton Kutcher.

The more probable reality is there are significant competitors that may be making meaningful advances which are ahead of Vicarious, and convincing lawmakers to oversee the nascent sector could be a means of trying to control it until Vicarious catches up and becomes a market leader.

What is artificial intelligence and is there reason to fear?

At its basic level, artificial intelligence is really the gathering together of information from a wide variety of experts and converting it into code. In other words, when a computer has beat chess champions, it’s spun as an intelligent machine beating out the top human at something.

In reality, it’s a bunch of people gathering together all the information they can on chess and putting it together to play against the human chess expert. What is really happening is a large number of people put together the chess data and then play against a chess master. It appears to be computer and AI against man, when it’s nothing more than hundreds or more people playing against the man, using the computer as a prop.

Having said that, if Musk really does have a concern because of inside info he knows, he recognizes the darkness that are in certain peole with resources and influence, could code in what they want something to do, and then it would carry it out. Think of weaponized drones, robots, and possibly nanites in the future, which can carry out the will of their controllers by what is coded in them.

It can be called artificial intelligence, but it’s in reality people programming their information, data and will into a machine of some type to carry out their wishes. That’s where the danges is, and if Musk really does have a concern, it would be because he is privy to inside information from his network that has revealed the thing some of these people have in mind with AI.

Musk hinted at this when making these comments:

“I’m increasingly inclined to think that there should be some regulatory oversight, maybe at the national and international level, just to make sure that we don’t do something very foolish.”

The question is this: What does he mean by “very foolish?” What he said there, or rather, what he didn’t say, implies there may be things in the works he’s not comfortable with, and pose a real threat.

What is called AI is going to go forward. Other than preparations we take in order to limit the effect of other potential disasters, there’s not a lot that I can see that can be done to reverse where this is going.

Ultimately, it could come down to one side’s AI against another side’s AI, just like we have with military hardware and training today.

This shouldn’t be taken as despair though. The point is technology is going to continue to advance, and because there’s good and evil in the world, it will always be used in both ways.

The best thing to do is to encourage good men to rise up and take leadership in a wide variety of areas of life in order to be those that influence how the technology can best be used. If evil men dominate, they can take anything and use it for wicked purposes.

With that in mind, taking responsibility in little areas of life is the key to long-term success. From those days of small things we can experiment and see the parameters of what expertise it is God has given us to develop, and work within that area during out lifetimes.

To me, that is the primary preperation strategy to employ, as we develop excellence and build influence through faithful service. 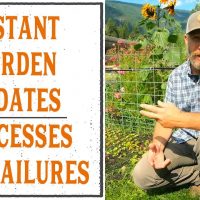 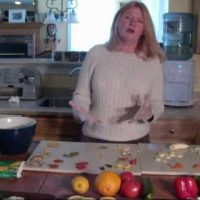 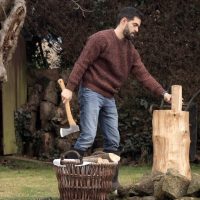