What the Bible Really Says About Usury 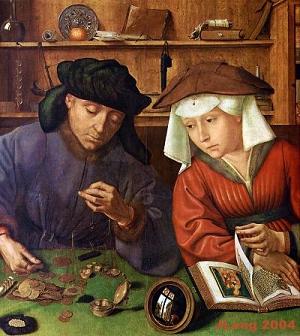 If thou lend money to any of my people that is poor by thee, thou shalt not be to him as an usurer, neither shalt thou lay upon him usury (Exodus 22:25).

I recently came across an article that once again repeated the error concerning usury, which in that case asserted usury was forbidden by God. Unfortunately this person was influenced primary by Aristotle and Thomas Aquinas, rather than what the bible teaches. Aquinas and Aristotle reject usury or charging interest.

Let’s start first with what usury means. Many people I know assume usury is when a person is charged with a very high interest rate. Biblically that isn’t true. Usury is just another word for interest of any kind, at any rate.

The reason I say any kind is because the bible talks about interest in a more comprehensive way, going beyond what is charged on borrowed money. It could be food or other things that people borrow that could be charged interest.

When was usury disallowed?

There are only two types of people in the scriptures that aren’t allowed to have usury applied to them when borrowing money or goods. The first was poor believers, and the second was resident aliens.

Resident aliens was a reference to those that lived in Israel for the long term, and whom were obedient to the laws and commands of God. The other word for alien was a reference to someone temporarily staying in Israel. They weren’t considered to be among those that God required to receive loans without usury or interest applied to them. That is the word used in Deuteronomy.

Some wrongly use Deut. 23:19-20 as their proof text for no usury being allowed to anyone, but the fact is God clearly stated this was a reference to destitute brethren through no fault of their own. It also says they can lend to the stranger upon usury.

In other words, this was a general statement made in Deuteronomy, with the other texts providing the specific parameters involved with them. To think differently would be to imply God is confused in His statements. He isn’t.

This is extremely important to understand because since the earlier years of the church there has been an inclination to forbid usury in any form; whether it be for individuals or businesses.

What Jesus said about usury

Thou oughtest therefore to have put my money to the exchangers, and then at my coming I should have received mine own with usury. Take therefore the talent from him, and give it unto him which hath ten talents. For unto every one that hath shall be given, and he shall have abundance: but from him that hath not shall be taken away even that which he hath. And cast ye the unprofitable servant into outer darkness: there shall be weeping and gnashing of teeth (Matthew 25:27-30).

In this very important parable concerning the final judgement, Jesus chose to use the example of usury to get the point across that we are to be profitable servants to Him.

There is no way Jesus would have used usury or interest in the example if He didn’t consider it to be a legitimate way to grow capital. The idea that Jesus would reveal that God would condemn those that wouldn’t even lend money at interest is instructive on the subject matter.

I would argue He used the example purposely in order to teach His disciples the legitimacy of usury, even though the parable was talking about more than money alone.

That Jesus used usury as a positive and minimal way to increase capital confirms what the words in the old testament meant; usury was only forbidden for loans to the poor brethren and long-term resident aliens living in obedience to the laws of God.

Who qualifies for loan

Beyond the two types of people that qualified for interest-free loans, there were other things to consider, which was how did one determine who was poor, and what limitations for usage would accompany the loan.

The most obvious thing to consider is people would have to know those that were asking for a loan, otherwise there would be no way of knowing what they would do with the money given them.

None of us would be required to give money to the poor for purpose of sin or disobedient living. The idea of us giving out loans without any due diligence toward the one asking would be nonsensical. We aren’t required to give money or goods for any purpose, it has to be for the purpose of meeting the needs of the destitute that are that way through no fault of their own.

The job of those thinking in terms of supplying an interest-free loan is to research the circumstances surrounding the reason for being destitute, and make a determination as to whether or not it’s loan God would require of us.

There’s a place in the bible where it states every man is to bear his own burden, and another where it says to bear one another’s burdens and so fulfill the law of Christ.

The first one refers to supplying the everyday necessities of life, and the second is in regard to those that have been overwhelmed by life, by which it means a person that has reached the point of being destitute. We help bear the burden of the latter by offering interest-free loans.

There has been a long period of Christian history where leaders wrongly came to the conclusion that usury in any form was forbidden by God. As the scriptures clearly state, that’s not true.

The only people not required to pay interest on a loan are poor brethren and resident aliens that are submitted unto the commands and laws of God. Those temporarily visiting or traveling through a region don’t qualify for interest free loans.

Also important to take note of is usury, by definition, has nothing to do with excessive interest rates. Rather, it means any level of interest rate – whether small or large. There is no biblical guidance or limitation on the level of usury incorporated into loans of any type, outside of poor brethren or resident aliens that are destitute.

We are not to automatically offer loans based upon the poverty of the brethren or resident alien without checking into why they have come to that condition.

If they have done so through sinful living and refusal to repent, we would be subsidizing evil to offer them loans. Also, if there are no parameters and boundaries to our giving, we would very quickly run out of money for ourselves and our families.

Think of the lazy, alcoholics or drug users, as examples of the types of lifestyles we’re not required to offer loans to. If we were, the number of demands for more loans would be endless. No one, and no civilization could last long under those conditions.

So next time you hear about usury being wicked, or bankers being evil because of interest rates, remember that Jesus Christ Himself supports interest rates, with the exception of the poor Christian and poor resident alien submitted unto the laws of God. 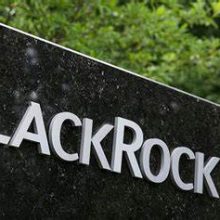