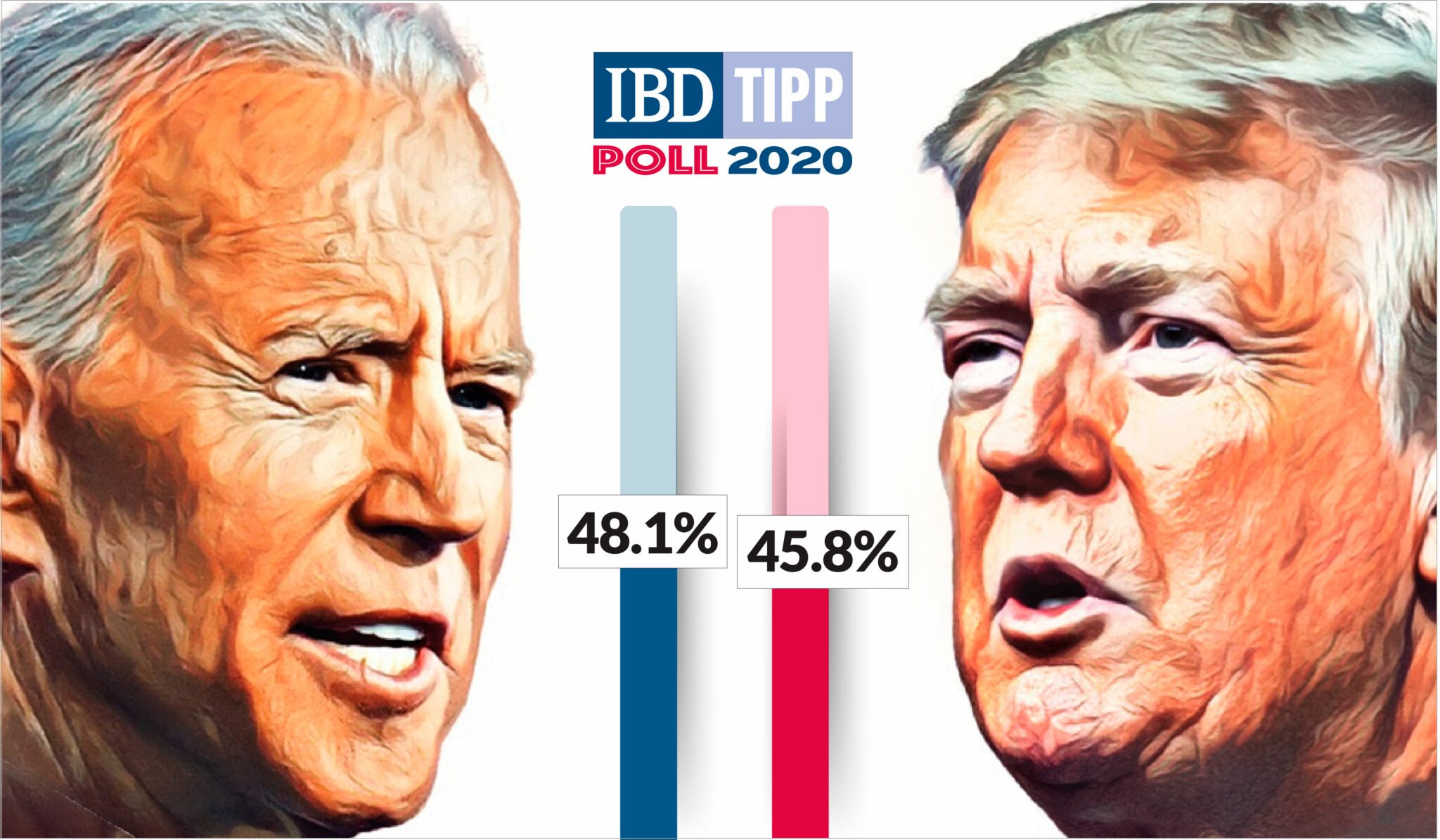 As I’ve been on the record for some time saying, as the U.S. presidential election approaches, we’d start seeing the alleged lead by Biden start to evaporate. A big part of the reason will be pollsters will have to get more honest with the results if they want to continue to be considered a viable source of information.

This is the same thing that happened when the President trounced Hillary Clinton in 2016. It’s going to happen again.

Today’s Trump vs. Biden poll finds that the race between President Donald Trump and former Vice President Joe Biden has suddenly gotten much tighter. IBD/TIPP’s latest 2020 presidential poll update shows that Republicans are rallying around Trump, Biden is leaking Democratic support, and the gap among independents has narrowed.

It’s amusing to read the language. Even though myself and a number of others have pointed out the bogus polls showing a Biden victory by huge margins for some time, to now state that the latest 2020 presidential poll shows the race “suddenly getting much tighter.” It’s a joke, to say the least.

For some time it’s been apparent that mainstream media and some of its online allies were attempting to demoralize those that would vote for President Trump. And as I mentioned, as the voting date gets closer, we’ll start to see pollsters and media outlets reporting that the race is tightening up.

The point is the numbers were never in favor of Biden to the levels reported, and when election day comes and the votes are counted, the results will be a Trump victory, and probably by a landslide.

Even so, we must remain vigilant and do our part in reelecting the President for another four years by voting for him. Don’t let the negative reports of an imminent Biden victory keep you from voting. That’s the purpose of the false numbers being reported.