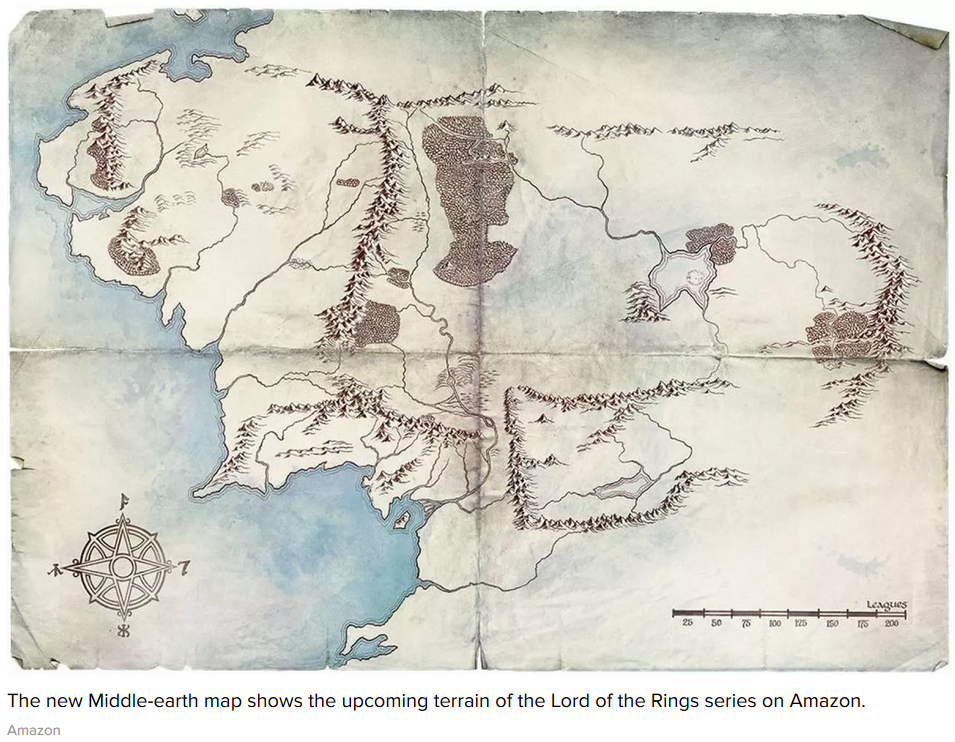 In the area of content creation as represented in literature, TV and film, Christians need more of the types of stories developed by J.R.R. Tolkien in the Lord of the Rings saga.

I don’t necessarily mean by that it has to be in the fantasy genre, but in the sense of designing and building an historic backdrop and legend that is behind the geographic setting or settings the story is told in, and also the interesting use of created languages that add realism, substance, and credence to the mythology behind the narrative.

Why this is important is it provides a wide range of source material such as related to the world the Lord of the Rings inhabited, while allowing for a series of tales associated with each step of the journey; albeit in separate ways that the characters in the stories allude to in their time, but are in general hidden in mystery as to the specifics.

Tolkien did this extraordinarily well, and even while viewers not familiar with the literary source material could grasp a general sense of something that existed, they aren’t able to fully piece it together without further examination beyond the immediate book or film. In other words, it creates curiosity and a desire to know more about the background of the story.

The other strength of a story built like the Lord of the Rings and Hobbit are the many historical characters that are mentioned in the literature, and in some cases are brought to life with the parameters of the overall story line.

What this does is provide source material for numerous offshoots of the story in different time frames and among, in most cases, different characters.

In the case of The Lord of the Rings, since some of the elves lived long lives, as well as Gandolf and others of his kind, they can provide a continuation from age to age that retains a sense of familiarity and interest, even as they have to deal with those in the world that have much shorter lifespans.

This is why even after the release of the Hobbit and Lord of the Rings films, there was still a craving by fans and curious people as to what else within the world had emerged from the pen of Tolkien.

For that reason Amazon decided to spend somewhere around $250 million for the rights to create a series that goes back into what is called the Second Age in the books, far earlier than the setting we enjoyed in the prior films.

So while we won’t see many of our favorite characters in the new series, presumably other characters like Elrond, Gandolf, Sauron and Galadriel are sure to be part of the story. Whether they are a key part of not isn’t the point, rather, it’s that Tolkien designed them to enjoy long lives, which allows for interesting familiarity with the characters from the beginning. That means there should be an immediate emotional connection made with the TV series.

What’s important about all of this is some Christian content creators need to take the example of the world and ages created by Tolkien, and create a mythology and history that has an impact on the various characters at the times they are living.

I believe this is one of the reasons The Lord of the Rings in all its facets and ancillary stories, has been one of the most popular book series for many decades. The story is course great, but the intertwining of the elements of the history, elves, mankind, powerful enemies, and surprising heroes, provides an enormous amount of source material develop a large number of stories from.

When done well, these should have an impact of salt and light on readers and viewers, while generating interest in what the meaning behind it all was. This, I believe, is one of the keys to creative Christians exercising dominion and influence in the world, offering up compelling and wholesome stories that capture the imaginations of those reading, listening and watching them.

Here are four links to news officially associated with the upcoming Lord of the Rings TV series developed by Amazon:

For those wanting more of Lord of the Rings, here is the first five books of a 12-part series on the histories of Middle Earth that many people aren’t aware of.