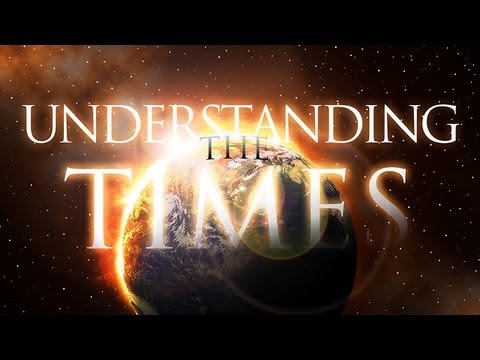 1 Chron. 12: 32 And of the children of Issachar, which were men that had understanding of the times, to know what Israel ought to do; the heads of them were two hundred; and all their brethren were at their commandment.

It is vital for Christians to understand the time we live in so we know what it is to do, as the children of Issachar did long ago.

At this time of history – at least in the U.S. and the West in general, we’re in an interregnum. As I use the word primarily in this article, it refers to a period of discontinuity or interruption in the overall social order.

Not only does this have an impact on politics and governance by the state, it has an impact on all areas of life. That’s why politics won’t solve the problem, as the issue is far more comprehensive than the state – especially at the national level. For that reason, the response also needs to go beyond politics and engage in all areas of life; that includes the family, church, education, entertainment, business, finance, and a plethora of other important elements of life we interact with.

A secondary use of interregnum is in relationship to disruption in the rule of the state, in the sense that the rule of law – at least in the U.S. – has been abandoned, and corrupt, activist judges are essentially ruling from the bench.

In other words in past European history there were times of a Monarchy when there were intervals between a legitimate successor. With that in mind, I’m using the rejection of the rule of law in the U.S. as a form of interval between rulers, because it has in fact become that way at the practical level.

This is why we see so many states starting to exercise their muscle on both sides of the aisle, in an attempt to prepare to resist the federal government concerning laws they don’t agree with.

What I’m saying there is we are in an interregnum in the West in the form of a general discontinuity concerning truth and reality in our cultures, and from there it has spilled out into the political realm where those changes are being pushed to become the law of the land – at the federal and many cases, the state level.

As most of us know, the giant tech companies have entered into the fray, trying to ban opponents of the outrageous discontinuities that are detrimental to Christianity and the West. I’m referring to things like abortion, gay marriage, men dressed as women using the women’s bathroom, push to accept pedophilia and euthanasia, among others.

The point of all of this is that we need to understand the times we live in if we are to formulate plans of resistance and winning the battle.

Where we are now

One thing to take into consideration is the battle is far from over, and I’m one that believes we’ll have total victory over time.

It’s hard to believe in victory for some because we’re bombarded with what appears to be an endless string of victories by our enemies. A lot of that comes from their controlling traditional media and major social networking outlets the majority of people watch, engage and interact with.

Yet the resistance to evil is growing, and we’re in the very early stages of push back. A lot more battles will be won as we use the weapons God has given us in relationship to tearing down strongholds.

We need to continue to share the truth and provide training and avenues for Christians to enter into the war that has already arrived. We also need to understand that overall victory in a way is different than a bunch of individual battles that must be fought. We may lose some battles temporarily, but remember the war will be won one battle at a time; losing a battle has nothing to do with losing the war. Victory is inevitable for patient Christian warriors.

For the modern day Christian, we haven’t done well in bearing the entire image of God, and in fact, many don’t even comprehend what the image of God is in order that it can be born.

For example, numerous times on this blog and website I’ve defined the image of God so believers can understand the parameters of who God is, which are His character, His holiness, and having dominion.

When I speak of His character I’m referring to scriptures like 1 Cor. 13 and the fruits of the Spirit. When talking about His holiness mean learning His laws and commands and obeying them. Finally, we all need a task that helps further advance the kingdom of God on earth – that is dominion.

The latter two above concerning bearing His image, among many professing Christians, aren’t even believed. In our day people like to hear stuff like being patient, kind and long suffering, or one of the favorites: do not judge. That’s a very safe place to reside if you’re afraid to offend our enemies. After all, those things play well into the totalitarian ideas of everyone thinking and speaking the same thing if they don’t want to suffer the consequences of not being a sheep.

How are we to effectively respond? That’s easy. Start to bear the full image of God once again, embracing His laws and obeying them, while starting to seriously have dominion over the earth as God has commanded us to.

That doesn’t mean we aren’t to be kind or patient with people, only that there’s a lot more to God than that; especially when speaking of justice and the social order. People can be outwardly polite while they’re looking for ways to steal from you or in some cases, even kill you or a loved one.

Look at how many people talk about tolerance when in fact when you don’t agree with them, they in many cases, go into full-blown rage and tantrums, being willing to destroy your reputation, means of income, or even your freedom if they can get you incarcerated.

Things like patience and kindness are to be exercised toward those that are people of good will, not those determined to destroy us.

We live in a time of social discontinuity where the foundations of the past are attempting to be overthrown in order for a new world order to emerge.

God has always had a response to that, which is a new creation civilization that will embrace truth and bear the very image of God – individually and corporately.

Bearing the image of God is the answer, when understanding we are to walk in obedience to His laws and commands while taking dominion over the earth. Dominion isn’t just exercising judgments and sentences against evildoers, although it includes those, it’s also looking at a myriad of ways to improve the overall conditions on planet earth, in areas like medicine, real science, education, relationships, marriages, etc.

We are now in a period of time where opposing forces are battling for the direction of the future. How that will play out over the next several decades will be determined by whether or not Christians start to bear the image of God in its entirety, and start to engage in the battles that will determine the lives our children and grandchildren will, for better or worse, will live out.

New Creation Civilization exists for the purpose of helping in this endeavor. If you want to look at the types of things specifically mentioned in this article, go to the New Civilization category for in-depth understanding and insights.