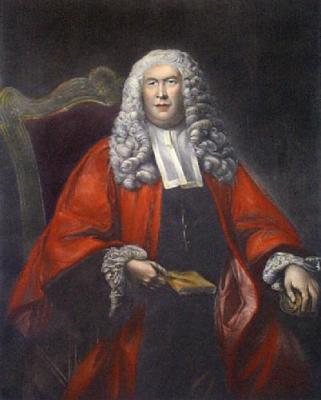 It is crucial for Christians to understand that the Holy Scriptures are to be applied practically to all areas of life, including the legal code of all the nations.

This is apparent in what we call the great commission spoken by Jesus to His disciples, where He stated they were to teach the nations everything He commanded them. Much of what He spoke to them was either directly related to the moral laws revealed to Moses and ancient Israel, or derivatives of the laws.

Most Americans aren’t aware of the significant impact Sir William Blackstone had on our laws, even though some Christians know that early American laws were based upon the Bible.

What few know is that Sir William Blackstone’s Commentaries on the Laws of England heavily influenced American law, and embracing them were in part, an impetus behind the American Revolution.

What I want to point out in this article is that American law heavily based on Blackstone’s Commentaries, and Blackstone was heavily influenced by the laws in the Bible.

When talking about English common law, Blackstone refers to the creation account portrayed in the book of Genesis, where the identification of God as the creator of all things gives Him the authority to govern according to the laws He institutes, which I may add, are reflective of His very nature.

There is a great need to once again embrace Biblical law as the foundation of all law. Not only that, Christians need to defend this position, otherwise the great commission will never be fulfilled.

We are to go and preach the gospel to all the world and baptize believers, but we are also required to teach the laws of God to the nations in order that they may learn how to live and treat one another, and in the case of criminals, how to mete out justice at all levels.

There’s a lot of learning and work to do concerning the laws of God, but we must start from the position that they are still relevant and to be in force throughout all of human history.

As for America, its laws from the early years of the nations were influenced by Blackstone, who as mentioned, went to the Bible for instruction on the laws of God and how to apply them to various situations. We need to take up that mantle again and understand that to truly love is to fulfil the laws of God, for love is the fulfillment of God’s law.