Trail Life USA: An Example of Replacing, Not Taking Over Organizations 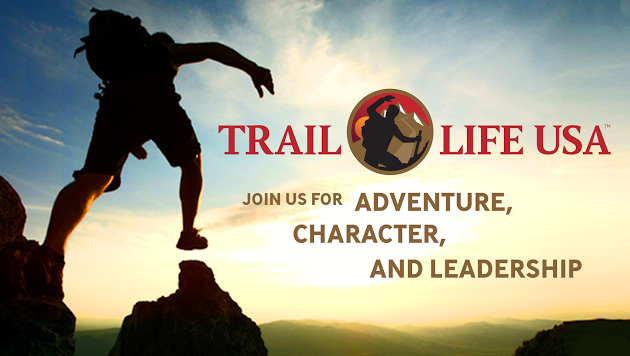 After the Boy Scouts of America went full gay, a number of Christians decided it was no longer safe or wholesome to keep their boys in the converged and deviant group, so they decided to provide an alternative to the Boy Scouts: Trail Life USA.

This is a good example of offering Christian alternatives; especially after they’re converged by the left. Now they need to remain vigilant and maintain a strong system of closely vetting leaders and members to maintain its purpose.

The organization has been growing rapidly, boosting membership by 70 percent so far in 2021, with 65 new chapters added in the first half of the year. It now has over 30,000 members.

This was in response to first allowing gay boys in the organization, and not long afterward, openly gay scout leaders in 2015. Bizarrely, it even decided to include girls in the Boy Scout organization, resulting in a law suit from the Girl Scouts.

With many churches and other religious groups being a major source of support, they made the decision to cut ties with the increasingly deviant organization and support one that aligned with their values.

While it’s obvious the value of an organization centered in Christ being available to work with boys, the primary purpose of the article is to reinforce the idea that this is how Christians need to take dominion on the earth, building the kingdom of God here.

The point is it’s, for the most part, useless to attempt to work in these organizations because they’re designed in a way that disallows Christians and others the right to work in them according to their conscious and worldview.

It’s far more effective to be salt and light by setting an example and vigorously vetting all leaders and participants that want to be part of organizations that are built as alternatives and replacements in the future, than it is to try to change ungoldly organizations from within, which is no longer allowed.

We aren’t meant to take over these organizations or institutions, but to replace them with something much better – something built upon a Biblical foundation.

Using Trail Life USA as an example and case study, it’s readily apparent that the Boy Scouts of America are not able to be saved. Anyone sending their boys there will have them come out as supportive of almost everything their parents or grandparents oppose.

This is the same with education, media, entertainment and many other areas of life we are influenced by. While some Christians have made an effort to stand out as lights in these dark places, the reality is, only those that are providing alternatives are having a lasting impact on the culture.

Most of us have probably had encounters with social networking sites that have outright banned us or radically limited our ability to freely express our views or share content with others. This is why alternatives like Gab have emerged that provide a free speech alternative where Christians can say or share what they want.

If you remain on the giant social media sites, you can’t say or share the things you really want to, which means the ability to be salt or light, or expose deeds of darkness are constrained. This is true in every area the left controls, which essentially is: every area of life. That’s why there are Christians with vision starting to provide options for believers to use. This is the future for Christians.

The bottom line is we’re not called to take over existing organizations or institutions, but to build alternatives that reflect excellence and obedience to the kingdom of God.

For these to be successful and endure in regard to their purpose, they must be built upon a Biblical foundation and have people in place that thoroughly vet potential and existing members in relationship to adhering to the core purpose of what has been or is being built.

We must not be afraid to start excising the SJW and leftist cancer from our organizations when they reveal themselves by attempting to undermine the purpose of the organization.