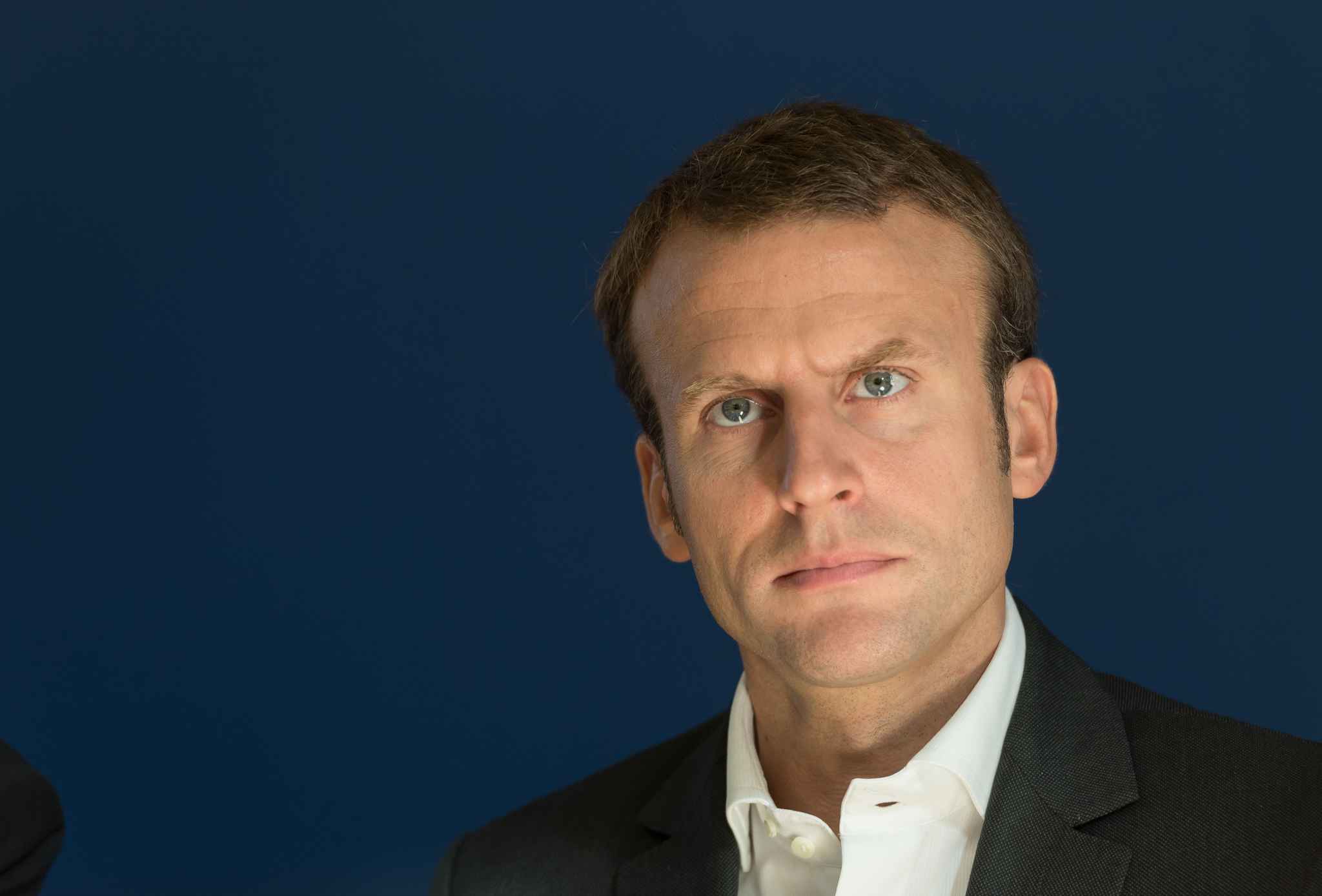 The despicable French President, Emmanuel Macron, has called to purge populism from the European continent, calling for even more power to retain what he describes as a “unique model” of union between the nations, according to Breitbart.

In a bizarre and logically schizophrenic, fragmented rant, he called for ‘European Sovereignty’ while saying because of alleged ‘“bombshell” population growth in Africa’ the region has entered into an ‘“unprecedented” age of mass migration.’

In other words, he’s calling for the EU and member states to give up their national sovereignty to foreigners in the name of retaining national sovereignty. You can’t make this stuff up. He went on to assert that the destinies of the two continents “are bound.”

He gets even worse in regard to coherence. He goes on to say this: “I will not give in to any kind of fixation on authoritarianism.”

Again, he wants more power for the EU because he won’t give into authoritarianism. I actually believe he thinks he’s making sense.

He goes further with the evils of his social agenda, calling for the EU to enforce feminism on the population. He also demands the native populations “respect minorities.” That’s just a code phrase for allowing them to do what they want in the name of their false religion. You know the one I’m talking about.

Macron’s commitment to liberal, progressive, socialist ideology is so strong he even says that disagreements over policies are causing “civil war” in the EU. Since when has disagreement started to be considered in terms of a civil war? The answer of course since these totalitarian SJWs, globalists and promoters of the new world order (NWO) have made it their goal to crush all opposition beneath their feet. This is a war to them, and the West is starting to find that out quickly, as enemies like Macron abandon any pretense of neutrality or willingness to compromise or negotiate concerning the issues. He and others like him consider this a war they will do anything to win. He’s angry that meaningful opposition is rising that could disrupt and end the plans of the elites to change the composition of the European nations from natives to migrant foreigners.

The outragious globalist has identified nationalism as being deadly, in a recent speech in Strasbourg. Maybe so. But it’s not deadly to the people of Europe, it’s deadly to the globalists and migrants; specifically to their plans and agendas of implementing a new world order created in their own images.

Macron even gave hearty approval to the estimates of Duke University professor Stephen Smith on how many Africans will reside in Europe over 30 years. He sees it reaching as high as 200 million. That’s not immigration by any stretch of the imagination, it’s an outright invasion that the people of Europe are already rising up to resist.

There will be a major push back far before the 30-year period mentioned above. More than likely it’ll be before the end of the next decade, if not sooner for Europe.

People like Macron that are calling for this abomination better be careful, or they’ll end up at the end of a rope or in the case of the French president, at the bottom of a guillotine with his head in a basket.

I really believe liberals like Macron have lost all touch with reality. Does he really not see the direction Europe is taking at this time? Does he think his calls for the crushing of nationalism and populism is within the power of the EU to enforce? All he and others like him are doing is feeding the rising opposition and anger of the people of Europe.

Bizarrely, Macron even implied opposition and resistance to the leftist, multicultural vision of the leftist elites is an echo of World War II.

He said: “I don’t want to belong to a generation of sleepwalkers that has forgotten its own past.”

Again, appealing to European sovereignty, he stated he wants to be part of a generation that will defend it, by which he means the globalist agenda being inflicted on the people of Europe.

Not only is he calling for the suppression of opposition and resistance, he called for the stakes to raised, saying, “no ambition level should be too high,” concluding they even need to add “new ambitions” to the vision.

My conclusion is this is a dangerous man drunk on the illusion he and others will be able to slow down the rise in nationalism and populism in order to create a world that socialist utopians have always imagined: where the people obediently and unquestionably follow the totalitarian wolves in sheeps’ clothing until they find out they’re the food being served at the table of their wannabe masters.

The good news is that Europe is awakening to this reality, and the end isn’t going to be the destruction of the European peoples, but the end of the elites in all forms that tried to perpetuate this atrocity upon them.

Europeans have never been as forgiving as Americans have been, and this is going to inevitably turn to bloodshed before it’s all over.

True Europe will win the war, but it’ll be at a cost it never should have had to pay because of the decision to force foreigners on the European nations that can only lead to war.

As we’ll find out in the months and years ahead, people like Macron have vastly overestimated their support and power, and wildly underestimated the willingness of the peoples of Europe to rise up and defend their nations.