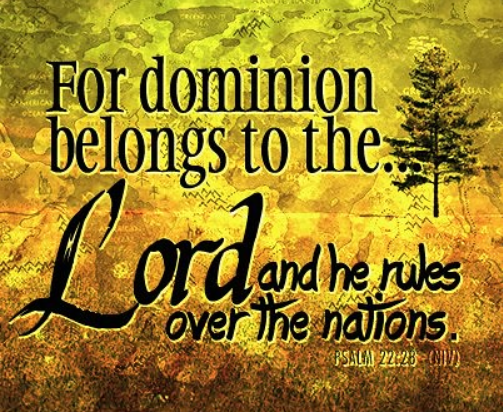 When talking about nationalism, the first thing that needs to be understood is the framework of nationalism is an ethnic people, family, community, culture, language and history.

Genesis 10 confirms this, as it lists the nations of the earth, while Genesis 11 explains how it came about. Notice in Genesis 10 how it explains some of the descendants of these people spreading out across the earth. That means Genesis 11 wasn’t historically linear in the account, but explained what had already happened in Genesis 10. The entire reason for God dealing with Babel was because they refused the initial command given by God to Adam and Eve that they were to be fruitful and multiply, filling the earth with people.

Also note in Genesis 10 that each of the nations listed comes directly from the lineage of a specific person. In other words, the nations as described and listed in the holy text were specific ethnic groups.

That explains what happens around the world when people from other nations migrate in droves to other nations. They can overwhelm the existing population and force it to adhere to their way of life. That’s why the current so-called immigration to Western nations is an invasion.

It’s also why we need to understand, in the case of the U.S., that there is no longer an America in the sense as it was initially birthed. Within the geographic boundaries of the United States there are now numerous nations. That explains much of the problems the country faces, and why the migrant invasion must be stopped and most of them sent back to where they came from.

This is why if nationalism is denied and opposed, I conclude we deny the very essence of who we are. Globalists are always attempting to confuse people concerning what a nation is because they want to remove the boundaries of nations in order to rule the world. It’s the major reason God intervened at Babel.

In Daniel 2:36-45, Daniel interprets the dream of Nebuchadnezzar, pointing out God’s commitment to destroying global empires. While in verse 37 is does reveal Nebuchadnezzar had been given the empire he ruled by God, along with power, strength and glory. But he added that God was going to deal with his empire, as well as those that followed with a heavy hand.

The empires in the dream were Babylon, Media-Persia, Greece, and finally, Rome. In verse 44 it states that in the days of Rome, God was going to set up a kingdom that will never be destroyed. That was a reference to the company of Jesus and the kingdom He birthed on the earth, that remains until this day, and will remain until the end of time.

The point of that is that God opposes empires, but supports the nations, which He created. So when globalists use migration to attack the core people of a nation, it’s for the purpose of weakening a people in order to take control without having to engage in war.

These rootless migrants have no interest in assimilating into any specific culture, but want to destroy it and replace it with their own, even though their cultures have failed.

What these globalists and in many cases, fake Christians and fake theologians are attempting to do, is reverse what God did at Babel, and once again try to make a name for themselves by building a global empire.

Nations or nationalism comes from God. Having a variety of peoples, nations and languages are a strength, not a weakness, if they rule over a specific geographic region, within the boundaries of that specific nation.

The purpose of God with Christianity is to take the Gospel, including the commands of God, and teach the nations or ethnic groups to obey Jesus Christ in all things; they are to learn to apply the word of God to various circumstances and issues as they manage the allotted territory given to them.

There will always be some visitors or ex-patriots around the world living among the nations, but to attempt to forcefully blend them all together will only lead to war, as it’s not the way of God, as many different cultures attempt to rule from a different point of view and way of life.

42 And as the toes of the feet were part of iron, and part of clay, so the kingdom shall be partly strong, and partly broken.

43 And whereas thou sawest iron mixed with miry clay, they shall mingle themselves with the seed of men: but they shall not cleave one to another, even as iron is not mixed with clay.

Mixing of nations together always results in the native people being weakened, as shown above concerning the Roman Empire. To attempt to embrace other cultures to the point of abandoning one’s own, is to be destroyed. When Rome attempted it, the result was they will “cleave one to another, even as iron is not mixed with clay.”

Also, to allow too many migrants to reside amongst any people groups will result in growing antagonism and conflict. The best way to operate is to have a relatively small number of foreigners living within a specific nation. Once the migrants gain power and attempt to exercise it, as is now happening in America, it’s obvious they have not desire to adapt their lifestyles to the people that make up the nation, but want to not only supplant the nation, but replace their way of life with their own mores. This a major reason why socialism and Islam are gaining acceptance in America. They’re major attributes of the people invading the nation.

I’m not only talking about the U.S. here, but every nation in the world. All people or ethnic groups have a right to exist and live in and rule a specific geographic area of the earth. That is what a nation actually is.

But when globalists through word wizardry attempt to make it appealing to mix all these nations together within a specific geographic area, they’re attempting to once again build the Tower of Babel and build up a global empire.

Jesus, through the nations and Christianity, resists that abomination, and as He revealed in Daniel, will smash all attempts to build an empire, using the kingdom He instituted on the earth when He appeared in the flesh.

Not only is nationalism good, the nations are the very answer of God to the globalists elites that are attempting to create a world without boundaries. This is why they have went on the offensive so strongly against nationalism and Christianity, it’s what stands in the way of their evil purpose of world dominion.