The Relevance Of God’s Law For Today 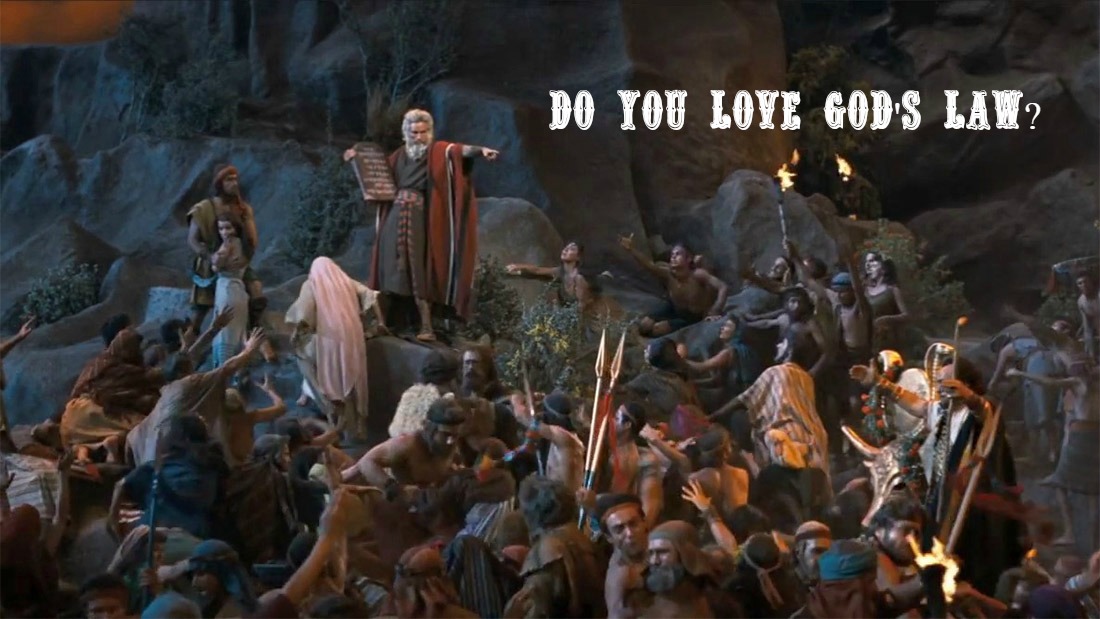 There are a surprisingly high percentage of Christians that believe the laws of God are no longer binding on the nations and Christians, even though Jesus states very clearly in what we call the great commission, that we are to teach the nations to obey everything He commanded us.

Christians like to focus on the first part of the commission, but ignore or reject the second part.

In this article I want to focus on the obvious truth that the moral laws of God remain in effect, even though they aren’t the means of eternal salvation; rather, they are the standard of righteousness we are to live by.

Consider this. What many Christians imply – whether they know it or not – is it’s okay to break the laws of God, usually using the misunderstood verse that we are saved by faith and not by works.

While that’s true, the implication is we can live how we want because the cross of Jesus Christ ended the requirements of the law. Again, that’s true in regard to being eternally saved by the work of Jesus Christ on the cross, but it’s not true concerning how we are to live after we’re saved.

After all, the Holy Scriptures clearly state in Hebrews that the laws of God are placed within us by the Spirit. Those laws are the very moral laws Jesus Christ, as the Word of God, gave to Moses.

I use the phrase moral laws in order to differentiate them from the ceremonial laws of Israel, which were fulfilled in Christ. They are no longer required to be obeyed.

Think of it this way. Do you really think that it’s okay to murder, commit adultery, rape, or steal because Jesus died for our sins? It’s outrageous to think so, and yet that is just what many Christians have stated by rejecting the law as the standard of righteousness.

Even though a significant number of Christians and Christian leaders reject the law of God, I think the real issue is the penalty portion of the laws, especially in regard to capital punishment.

While there has been some material written on this, I think we need to have a lot more study in this area in order to come up with some clear answers.

32 And while the children of Israel were in the wilderness, they found a man that gathered sticks upon the sabbath day.

For example, when the man gathering sticks on the sabbath was observed doing so, he was held in custody until the matter was examined, and it appears Moses went to God to get His input on the transgression, as far as the penalty of death goes. I say it appears Moses did so because the Scriptures state that God told Moses the man was indeed to be put to death.

The point is the law given by God to Israel concerning the punishment for working on the sabbath was very clear: anyone that did so was to be put to death.

The question that arise then is this. What is it associated with the gathering of sticks that caused Moses to presumably to seek out clarity from God, when the law was so clear? The truth is we don’t know the answer.

Was he just getting wood to warm him and his family, or to cook? What if the implication of the law was just like they were gathering a double portion of manna on the day before the sabbath in order to eat for a couple of days, maybe the spirit of the law was that anything that required usage on the sabbath needed to be taken care of the day before, even it was twice as much work as a normal day.

Another possible issue was the man may have been doing it as part of a business, where he sold sticks to his fellow Israelis. The reason I don’t think it was that is because it probably wouldn’t have resulted in the need for God to intervene in the matter.

When the Pharisees confronted Jesus concerning His disciples plucking corn on the sabbath, He reminded them about the priests in the temple profaned the sabbath.

Or have ye not read in the law, how that on the sabbath days the priests in the temple profane the sabbath, and are blameless?

Notice that Jesus refers to the law in the verse above, suggesting we must take all of into account in order to fully understand it.

What’s important to see is that the man was executed for gathering sticks on the sabbath, and yet the priests were allowed to do work on the sabbath in the temple.

Another thing to take into account was the Pharisees were doing work on the sabbath within the temple of that day. Jesus was telling them that they were also working on the sabbath, yet they weren’t condemned for it.

Make no mistake, the Pharisees were pointing out to Jesus that by working on the sabbath His disciples plucking the corn were subject to execution according to the law.

There’s a lot more that could be said about this, but I want to focus on the fact that for some reason, the man picking up sticks was executed, while priests in that day, as well as later on David and his men went into the temple and ate shewbread which was only lawful for the priests to eat, were not. Why not?

We as Christians need to embrace the fact that the moral laws of God were based upon His very nature, and thus are eternal. When we are born from above, saved or regenerated, that changes nothing concerning the expectations of obedience to God’s laws, which remain in effect forever, since He is eternal and changes not.

As mentioned earlier, obedience to God’s commands doesn’t save us eternally, but it is among the fruits of salvation.

While we need to continue to search the Scriptures and increase in our knowledge of them and how to apply them to all areas of life, concerning the penalty portion of His laws, I think there’s a lot more work to do in understanding how to apply them before we make them a part of the legal code.

That said, areas like penalties for murder are clear, and the execution of murderers that have been proven to be guilty is something that can and should be part of any legal code among the nations. There are others that are just as clear that we could put into place today.

In other words, we don’t have to wait until everything is clear before applying the penalty portion of God’s laws to the actions of those breaking the law. But in areas of uncertainty, we need to engage in rigorous study among many scholars and students of the Bible in order to lay out a comprehensive legal plan that can be taught to the nations, as required by Jesus in the great commission.

For now though, teach obedience to God’s commands is paramount, and in that regard it’s something that can be done immediately.

After all, we need to create an environment in the world where the law of God is embraced and part of everyday life, under those circumstances I believe it’ll be much clearer as to how to apply the penalties of God to the actions of those that participate in lawlessness.

Finally, the penalty portion of some laws, such as in the case of doing work in some capacity on the sabbath, appears to have been removed by the words of Jesus, who in His person, is now our sabbath or rest.