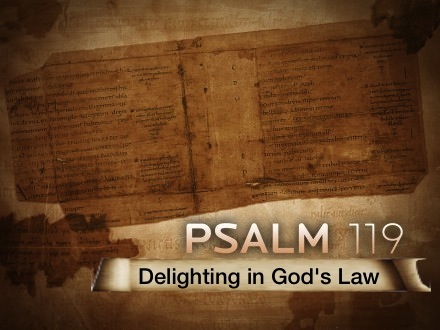 It may sound hard to believe, but it was inevitable that Western civilization would collapse to the point it has today, based upon the failure of the church in the early centuries of its formation to abandon natural law theory and embrace the laws of God as revealed in the Holy Scriptures.

When pointing out the failure of the church, I’m not referring to the time when the church was initially birthed, with the twelve still alive, and later followed by Paul and others; I’m pointing to the time not long after they had died.

The problem was early church scholars and leaders embraced the faulty idea that natural law was the means of dealing with legal issues, and the foundational guide to build civilization and its legal traditions.

Natural law was based upon the idea that human reason was the source to be appealed to when making embedding laws into the legal code. What was believed was that all men that were rational had an innate understanding of what the laws were, and what the penalties tied to breaking those laws should be. That’s why it was identified as and called natural law.

The idea was that man could apply logic to the actions of people and come to the proper conclusion of what the laws were to be embedded in the legal code and what the penalties should be for breaking them.

What was at issue

The challenge faced by the early church leaders was in regard to honestly facing the fact that God’s revealed laws in the Bible could not be worked to fit into natural law theory.

What they failed to grasp or didn’t understand was that fallen man isn’t capable of using natural reason and logic to build a sustainable law order for a nation and civilization. For that reason, it was inevitable that Western civilization would collapse under the weight of, for the most part, a faulty legal system built upon sand.

As with Christianity since then, it has yet to be fully understood that there is a difference between the laws of God justifying someone before God, and the laws of God being the standard of righteousness we’re not only to obey and live by, but also to be the foundation of the legal code, courts, and ultimately, penal phase of of the legal process, if a person is found guilty of what they were accused of.

Natural law devised by fallen man can’t legitimately be the source of law, only the laws revealed to us in the Bible are trustworthy to be developed into the legal code of the nations. This is why Jesus specifically taught in what we call the Great Commission to teach the nations to obey everything He commanded.

The point is Western civilization was doomed to erode and sprial down into decadence because it never embraced the combination of the Gospel of Jesus Christ and the laws He revealed to Moses. We must rectify that situation and once again learn, obey, and teach the laws of God to the nations we live in.

In truth, natural law is a lie that Christians need to permanently put to rest, while embracing the laws of God as revealed in the Bible, understanding I’m talking of all the moral law here, not the ceremonial laws Jesus already fulfilled.

What of Western civilization?

We are seeing the end of Western civilization in the sense of the mixture of natural law theory and the inevitable decadence that accompanies law based upon fallen human reason. That’s a good thing.

On the other hand, I see great hope in what is going to be built going forward. I see us moving ahead into a new creation civilization, which will retain that which was of God in the past, but removing those things that can be shaken. Something built with mixture is always weak and falls. Mixture is one of the major things God is not tolerant of.

Even so, I’m very optimistic that this has provided a great opportunity to build on the foundation of Jesus Christ far better than our ancestors did, and not only restore Western civilization as it was meant to be, but make it far better and more pleasing to God than it ever has been.

First, we must identify and reject the elements of mixture that ensured the decline in Western civilization we’ve seen unfold in this generation, even though it started long before that. Next, we must reject natural law theory in its entirety and embrace the laws of God as revealed in the Bible as the standard of righteousness we are to live by, and the law that is to be written into the law code of all nations.

We need to make this among the top priorities of God’s people going forward.

We are taught in the Scriptures that it is a new creation that matters, and that is absolutely true. The old creation has been set aside and is fading into obscurity and weakness, even though media outlets attempt to give the impression it’s moving toward dominating the planet.

There is a New Jerusalem coming down out of heaven in this age and on planet earth, that has the throne of God at its center, meaning the rule of God based upon His revealed law is being built into those that have faith in Jesus Christ. After all, the Bible reveals the laws have been placed in our hearts. The key to benefitting from that is to study and obey the laws, teaching others to do the same. As we do so the light of the law will start to permeate the hearts and minds of people, opening them up to restoring them as the law of all the nations who are obedient to the teachings and truths of the Christian faith.

The Western civilization of the past is rapidly losing its place in the world. That isn’t to say it’s going to disappear, because it won’t. God chose to send Jesus Christ in the fulness of times to the Greco-Roman world, and that is where Christianity first spread after Jesus Christ was first preached to the Jews. The purpose in starting there was that Western civilization as it was meant to represent Jesus Christ, was to be a light to the rest of the world.

Western civilization as it was is dying, but a new Western civilization is going to be birthed, providing a more sure legal foundation by the rejection of natural law theory and embracing of the laws of God as revealed in the Bible as the standard we are to live by. This includes making them the law of all the nations, including the penal sections of the law.

That said, we need a much more thorough study from our scholars to get a much clearer look at the penalties of the laws of God. While I believe most of them are still to be implemented, I do thinks some have been set aside, based upon some of the teachings of the New Testament.

To not abandon natural law theory, whether it is understood or not, is to submit to our humanistic enemies, and to allow them to determine the parameters of what is and isn’t allowable, based upon their fallen criteria. Just look around to see if that is the world you want your children and grandchildren to live in.  It’s definitely not the world God wants.