The Heritage Foundation Now the Controlled Opposition of the Left 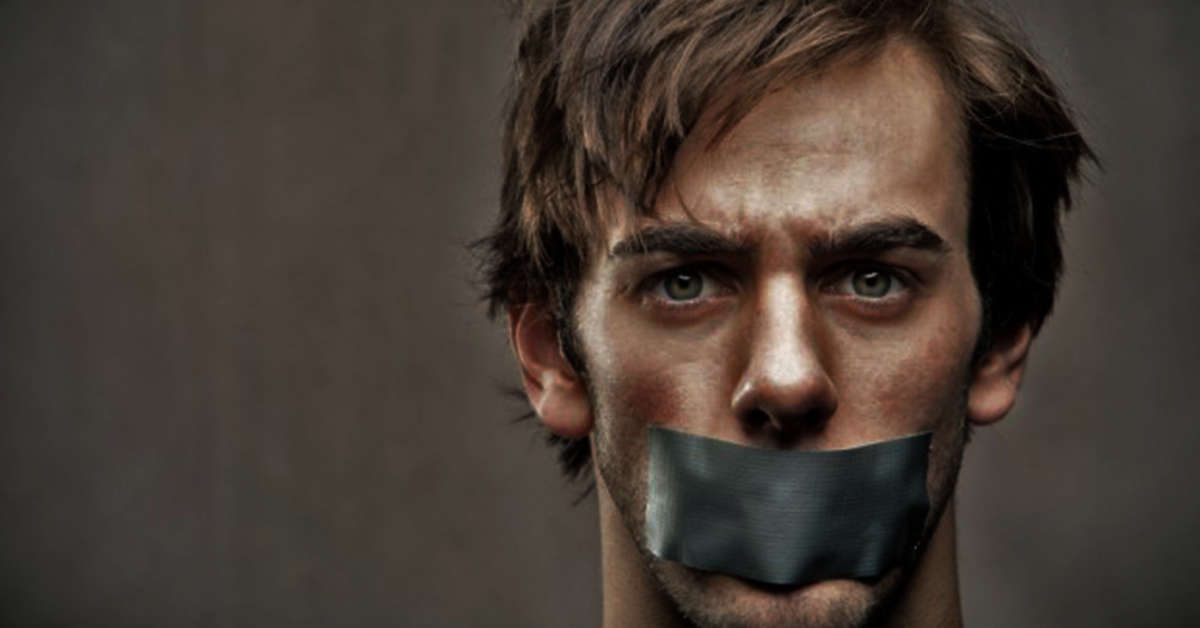 It was and is inevitable that alleged and so-called conservative organizations like The Heritage Foundation abandon its core tenets and base in order to get a much-desired seat at the table with leftists; the carrot being in this circumstance the perceived opportunity to influence what Facebook will censor or not censor on its site.

It was readily and observably apparent when reading what Klon Kitchen, the senior research fellow for technology at the Heritage Foundation, had to say about Facebook and its “receptiveness” to conservative outreach to the company.

He gushed about being treated so nice by Facebook – “…in terms of their response to us and their professionalism, they’ve been nothing but top notch.”

My response to that is this: Who cares? It has absolutely nothing to do with the issue.

According to Breitbart, the Heritage Foundation is already saying it’ll defend the legal right of Facebook to censor whatever content it wants because it is a private company.

While the argument seems persuasive, the fact is this is a new world we’re now living in, and globally and domestically, social networking sites like Facebook and Twitter are coming under control of the left and SJWS, and in America, by extension, the Democrats. So while it may have the legal standing of a private company, it is now a de facto arm of the left, which means the idea of them being standalone private companies is disintegrating and crumbling.

With that in mind, there is no doubt organizations like The Heritage Foundation are going to be recruited and positioned as controlled opposition, even if they deceive themselves into thinking they’ve been invited to provide input and be a counterbalance to the left.

The Heritage Foundation has already reached the quisling stage, as it has stated it will refuse to “censor content and will oppose attempts to regulate the tech giant,” according to Kitchen.

Here is how Kitchen himself spoke of his decline into the abyss of compromise:

“I think Facebook is a private company. Facebook can ultimately make decisions about what kind of speech it wants to have on its platform.”

“I think it is better for consumers and the American people to have as free a space for open dialogue and diversity of viewpoints as possible. … But they’re a private company, and the Heritage Foundation is going to be very clear about a private company’s right to organize and conduct its business as it sees fit.”

Like Neville Chamberlain when he conceded the Sudetenland region of Czechoslovakia to Germany via the Munich Agreement of 1938, Kitchen and the Heritage Foundation will be names that will go down in infamy because they are giving carte blanche to the leftist and SJW-controlled tech giants, which will now attempt to control the narrative in all the future elections, both domestically and globally.

Kitchen has already sold his soul to the left. He added this concerning free speech and the giant social networks:

This is the type of statement controlled opposition make. The reality is some token conservative commentators are allowed to speak their minds, but many that are outspoken in their views and honest in their assessments are removed from the platforms.

Twitter has removed many of them, and Facebook has done the same, albeit at a little more of a subdued pace. The difference is Twitter is more honest about it, while Facebook usually makes the excuse it’s an employee that made a mistake within the parameters of its guidelines. The “mistakes” in many cases are related to those that are influential and have large followings, that take their battle more aggressively to the court of public opinion.

Kitchen also refused to comment on what he thought about the imposition of hate speech norms as defined by the EU on American citizens. All he would weakly say in the case of Facebook is it was its “decision to make.” He wouldn’t even make a value judgement on whether not it was a positive or negative in regard to the American people.

This is one of the best examples of why Facebook and other social networks caving into the globalist European Union make those companies no longer private companies, even if they are private based upon their legal structures. Operationally, they are being dictated to by governments as to how they are to deal with the content shared on their sites.

Foreign countries and some states are using Facebook and others as the private enforcement arm of the liberals, SJWs, and the Democrat Party. This effectively removes the status of private company from social networks that respond to the orders of the left, and impose them on Christians, conservatives, libertarians, and the new right.

The fact is, The Heritage Foundation, which is defined as a think tank – meaning it should have at least some fairly intelligent people in the organization – is deliberately and perniciously working against the interests of those they allege to represent.

That the organization has sold out is obvious. Kitchen asserted this in regard to social networks and their influence on news and politics:

“I think it’s clear that they challenge traditional understandings of all those things, but I don’t think it rises to the level of government regulating how they conduct their business or constraining them in other ways.”

The key to battling our enemies and controlled opposition like The Heritage Foundation, is to be sure to frame the issue in the correct manner.

For example, it has been suggested that the large social networks should be regulated since they are special cases because of their size and dominance of the market. This is definitely the wrong tactic. The reason why is even if people, companies and other organizations are victims of censorship on those networks, people will consider them to be protected by the right to do whatever they want because they’re private companies.

From that point of view, the battle is already lost. To frame the issue in that manner is to miss the reality of what is happening.

As mentioned earlier, what is happening is Facebook, Google, Twitter and others, are essentially being taken over by governments. They aren’t being officially regulated in the U.S., but they are being unofficially regulated by leftists in power that are forcing them to shut down their political or religious opposition. In Europe they are in fact regulated in a way that punishes them if they allow people or organizations to speak their minds.

Or to put it another way, they’re globalists and multi-culturalists using the companies to support their agendas. They aren’t using them in the sense of the platforms being a means of sharing their ideas in the court of public opinion, but they’re using them to literally shut down their opposition by calling it fake news or hate speech, which by their definition is anything they don’t approve of.

No matter how it is spun, if a private company is being dictated to by governments as to what can be said, they have effectively been taken over by those governments, even if they remain legally separate from them. In the U.S., that means free speech laws are being subverted by the left by using the private sector to get around them. That is the proper and most accurate way to frame the argument.

Now that they are part of the approved of opposition of the left, it’s easy to understand some of the strange decisions by The Heritage Foundation in regard to Facebook in particular.

They stated they are going to take a wait-and-see approach in relationship to censorship of conservatives and others, and then make a determination on whether or not Facebook is serious about including voices they don’t approve of, or their masters don’t approve of. That’s how controlled opposition works.

The idea is to have them interact in a way that gives the appearance of principled, truthful and dynamic opposition, when in reality they’re allowing the left to do whatever they want to do. They have become a cover for their censorship.

After all, how long will they wait-and-see? Will it be past the midterm elections when the balance of power may change? Are they hoping for RINOs to be voted in again so they can further the agenda of the bifactional ruling party?

Not only is wait-and-see a declaration they are not going to oppose Facebook’s censorship of the right, they in fact heartily approve of it. This is why they disingenuously cited private companies as the reason they won’t oppose Facebook, even though I blew that argument apart in this article.

There is no doubt in my mind that The Heritage Foundation has sold out to the leftists. They are now among one of the leading organizations that identify as conservative that have been given a place at the table of the social networks and their globalist puppet masters.

The most important thing to take away from this article is to understand what were once considered private businesses have morphed into something else. They could be identified as fascist, in the sense of them being a means to an end by governments. At its basic level, fascism is a mixture of government and private industry.

This is what the alliance with Facebook is all about, even if its couched in terms that give the impression it’s working as a type of watchdog.

If Facebook were a private company in and of itself, this wouldn’t be an issue. But now that it’s been taken over by liberals and SJWs, they are using the platform as a means to control their political and ideological opponents by undermining their influence on users.

That combined with leftist government officials dictating what can or can’t be said on the social networking site has turned it into something that is no longer only a business, but a tool used by the the government to influence elections and the direction of the U.S.

Outside of understanding the betrayal of the right by The Heritage Foundation, the way to respond is by spreading the news and calling for people to quit funding the organization. Let it shrink and die the death it now deserves.