The Chief Characteristic of New Jerusalem, the City of God 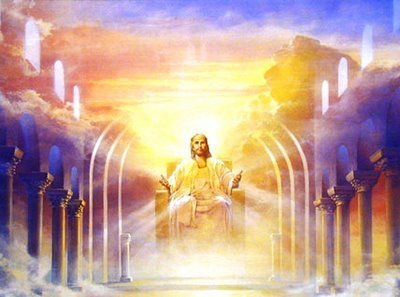 And he shewed me a pure river of water of life, clear as crystal, proceeding out of the throne of God and of the Lamb.

And there shall be no more curse: but the throne of God and of the Lamb shall be in it; and his servants shall serve him:

When meditating upon New Jerusalem as revealed in the book of the Revelation of Jesus Christ, it needs to be understood that it is talking about that which will indwell the city as it is built upon the earth. It’s not talking about some physical entity that will plop down on the earth, as some silly commentators have suggested.

Understanding that, in this article we’ll look at what the core of this city is, and why it’s so important to take into account.

The center of New Jerusalem

At the center of New Jerusalem is the throne of God, and at the center of the throne is Jesus Christ as the Lamb that had been slain. Everything else is related to this core reality of the heavenly city. It is a city that was looked for by Abraham (Heb. 11:10), and was launched on Pentecost, when the Spirit of God fell upon the believers.

But ye are come unto mount Sion, and unto the city of the living God, the heavenly Jerusalem, and to an innumerable company of angels,…

Now, the city is consistently growing in quality and quantity, and will continue to do so until it fulfills the purpose of God on the earth, when God calls His people to Himself via the resurrection of our bodies.

What is vital to recognize is that the Lamb in the center of the throne is the foundation of this city, and how it is recognizable on the earth. The throne is nothing less than the rule of God upon the earth in His people, and it reflects obedience by His people to the moral laws He’s revealed to us throughout the scriptures.

In the Bible the throne is described as that which engages in justice and judgement, while also reflecting the mercy of God. It is also said to be built upon righteousness and holiness.

What that suggests is the city of God that is coming down out of heaven will produce people that are learning and walking in obedience to the laws of God.

When praying for the kingdom of God to come and His will to be done on earth as it is in heaven, this is the answer to that prayer at the corporate level; although individuals are of course required to walk in obedience to the laws of God.

Not only that, but the nations are required to learn and obey the laws of God, as Jesus stated when He instructed His disciples in what we identify as the Great Commission, where Jesus stated we are to teach the nations everything that He commanded.

The prophets also spoke and acted upon this in the past, when they spoke God’s judgement upon those nations that refused to embrace and obey the laws of God. Those requirements remain unto this day, and the servants of God must learn, obey and teach the laws of God to the nations so that they comprehend God’s expectations for them.

The laws of God aren’t the means of salvation, justification or being born again, they are the fruit of it. Almost every time I’ve seen the law of God being taught as the standard of righteousness, the knee-jerk reaction is to use justification by faith as the reason the law is no longer in effect.

That’s just a cop out, as throughout the Bible it is stated over and over again that we are required to obey God’s laws.

Don’t believe me? John states it as clear as can be spoken in 1 John 2:

For this is the covenant that I will make with the house of Israel after those days, saith the Lord; I will put my laws into their mind, and write them in their hearts: and I will be to them a God, and they shall be to me a people:…

Bear in mind this is referring to the moral laws of God, and not the continuation of the ceremonial laws that were fulfilled in the person of Jesus Christ.

As John clearly says, if we say we know Jesus Christ and don’t obey the commandments of God, we’re liars.

The bottom line is we can identify those churches and people of God that reflect the New Jerusalem coming down out of heaven, by whether or not at the center of their lives is the lamb of God in the midst of the throne, or in other words, whether they know they are justified only by the work on the cross of the lamb of God, and afterwards with the help of the Holy Spirit which puts the laws of God in our hearts, learn and walk in obedience to those moral commands.

Again, as John says by the Holy Spirit, those not doing so are liars.