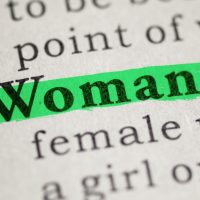 source: Christian Headlines Unsurprisingly, those working on the Oxford English Dictionary have embraced new definitions associated with LGBTQ people, in an attempt to be “more inclusive.” Oxford University Press, the publisher of the dictionary, are becoming increasingly clownish after being called out in the recent past for one of its listed definitions of a woman, defining them as a “b–ch”. It was pressured to remove the offending definition, but the fact that there was someone without any moral compass putting it in, shows the depth of depravity […]