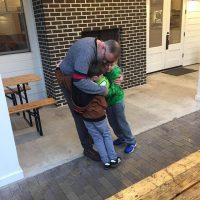 Now that wicked Dallas District Court Judge Mary Brown has ruled in favor of James Younger being forced to transition to a “girl” against his wishes, the question becomes who is going to stand against this abomination that could unleash a tidal wave of similar rulings. The judge ruled in favor of the non-biological mother of James Younger, saying that Anne Georgulas will receive full custody of James, while his father Jeffrey Younger will have to pay for the transition at approximately $5,000 per month. According to […]