GOP Establishment Under Attack – May They Go Down to Total Defeat 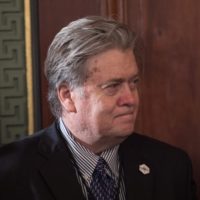 After it became apparent that not only the Democrats, which were obvious political enemies of now President Donald Trump, would try to make him ineffective and always tried to deal with brushfires that are made up in back rooms in an attempt to pressure him to focus on those things that are outside the platform he ran on, but many Republicans are in bed with the Democrats to do the same. What the incredibly stupid, ignorant and unprincipled establishment Republicans still don’t get is, it was the […]