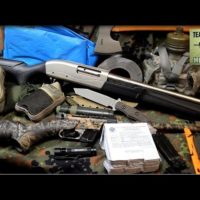 Sensible Prepper Presents: Top 15 Survival Items. Be prepared for whatever life throws at you, not only for your Survival but those you love. I tried to make it a Top 10 but there were serious holes that had to be filled. Survive and Thrive! 1 trauma kit 2 tarp/poncho 3 firekit– has knife& lighter too 4 water filter 5 canteen 6 fixed blade knife 7 emergency food rations 8 flashlight Xtra batteries 9 bandana /shemagh 10 backpack 11 multitool 12 Paracord 7 strand at least 13 […]