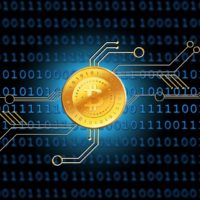 Incredibly, the U.S. government charged another person for selling Bitcoin; once again because they didn’t acquire a license to conduct business in Michigan. The man is charged with basically “illegally” laundering money. He has been charged in U.S. District Court for the alleged crime. Charges were for selling Bitcoin without a license over a period of about two years. He ran a Bitcoin exchange called LocalBitcoins, conducting business in various restaurants in the area. He reportedly sold about $150,000 in Bitcoin during that time. The Feds set […]