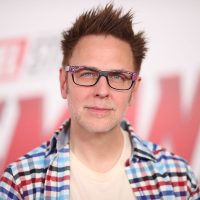 source: theverge When the Twitter feed of director James Gunn was discovered to have jokes about rape and pedophilia, Disney was quick to fire him from helming Guardians of the Galaxy Vol. 3. At the time, Walt Disney Studios chairman Alan Horn said this: “The offensive attitudes and statements discovered on James’ Twitter feed are indefensible and inconsistent with our studio’s values, and we have severed our business relationship with him.” With the rehiring of Gunn, Disney is declaring by its actions that its values do align […]