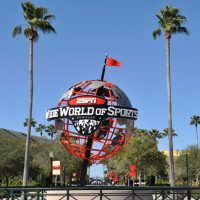 You go woke you go broke. Who would have thought just several years ago that ESPN would become an anchor around the neck of Disney. Businesses not focusing on their reason for existence will continue to fail. Outkick wrote this: ESPN went from slightly over 100 million cable subscribers in 2010 to slightly over 80 million earlier this year,” OutKick’s Ryan Glasspiegel wrote this week when the Disney news was announced. This affects every cable network. Cable news has been thriving in viewership for a number of […]