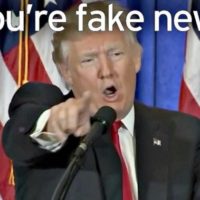 Among a number of important things that can learned from the actions of President Trump, one of the most valuable is how he has in essence, become his own media company by bypassing mainstream media outlets and taking his message directly to the people. This of course has outraged traditional media, as it has undermined their already dwindling influence and authority, revealing the path others can take to do the same. As a matter of fact, it was inadvertently admitted by MSNBC’s Mika Brzezinski recently, when she […]