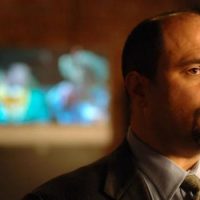 source: Denver Post Denver Post columnist Jon Caldara was fired over the fact he wouldn’t go along with the fantasy that there are more than two sexes. He opposed an Associated Press directive that stated sex and gender aren’t binary. “There are only two sexes, identified by an XX or XY chromosome. That is the very definition of binary. The AP ruling it isn’t so doesn’t change science. It’s a premeditative attempt to change culture and policy. It’s activism,” he wrote on Jan. 3. In a column […]