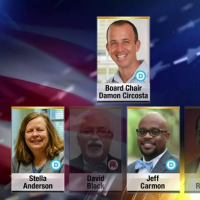 For some time I’ve been watching the seemingly endless infiltration of various institutions on the right by the left, undermining their effect on the lives of the people. That played out once again in North Carolina, where two state election board members turned traitor to the Republican Party by signing off on a initiative by the Democrats to all them to fix flawed ballots in the state by filling out an affidavit, rather than starting a new ballot from scratch. We’ll probably hear more irregularities in the […]