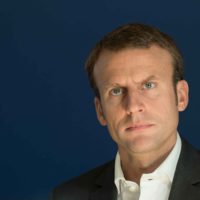 source: WITT/SIPA The despicable French President, Emmanuel Macron, has called to purge populism from the European continent, calling for even more power to retain what he describes as a “unique model” of union between the nations, according to Breitbart. In a bizarre and logically schizophrenic, fragmented rant, he called for ‘European Sovereignty’ while saying because of alleged ‘“bombshell” population growth in Africa’ the region has entered into an ‘“unprecedented” age of mass migration.’ In other words, he’s calling for the EU and member states to give up […]