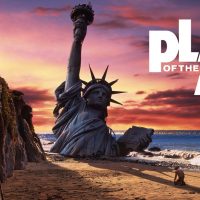 The Beijing National Science Review published a study describing the work of Chinese researchers in relationship to rhesus monkeys, where they injected genes from human brains into the brains of the monkeys. Gee, what could go wrong? So what were the initial results of the procedure? First, of the 11 monkeys tested, only five of them survived. As for testing their mental abilities after being injected with human brain genes, it was found they did perform better on short-term memory tests, but their brains took longer to […]