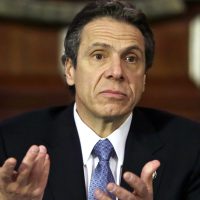 source: NY Post What diabolical New York Governor Cuomo needs to be instructed in, is two wrongs don’t make a right, so his throwing of sex-abuse cover-ups by Catholic leaders in their faces, doesn’t justify his decision to sign into law the murder of babies up to the time of birth. Cuomo appears to have several agendas here, one being payback for the Catholic church pushing back against the passing of the Child Victims Act, which would have had a direct impact on pedophile priests allowed to […]

Mike Cernovich Gives Up On Christianity As A Hope For The West – Is He Right? 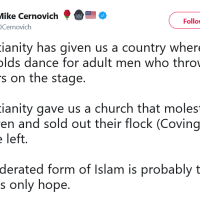 In a recent Tweet, self-described “documentary filmmaker, best-selling author, and journalist” Mike Cernovich, also a skilled social media troll, had this to say about Christianity and Islam: “Christianity has given us a country where 11 year olds dance for adult men who throw dollars on the stage. “Christianity gave us a church that molested children and sold out their flock (Covington) to the left. “A moderated form of Islam is probably the West’s only hope.”   Predictably, many Christians were highly offended by the Tweet, and let […] 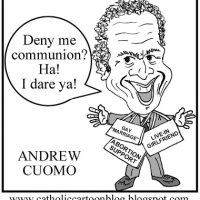 source: catholiccartoonblog By its own standards, Catholic leadership and the Catholic church stand at a crossroads. To allow Cuomo to remain in the church after signing law approving of murderous abortion until birth, signals the religious organization has collapsed. Anything short of excommunication is unacceptable. If murdering babies at birth isn’t enough for Cuomo to be excommunicated, what is? I guess Catholic boys wearing MAGA hats at a pro-life rally is more despicable in the eyes of many Catholic leaders.