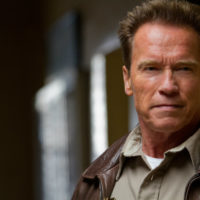 source: thefilmstage Arnold Schwarzenegger is representative of everything wrong with the Republican Party, as the RINO embraces almost everything the Democrats do, while still remaining a Republican; being tolerated because of his celebrity status. His latest liberal rant was against oil companies he falsely accuses of “… knowingly killing people all over the world.” Other than his rhetoric, he offers no proof of his allegations. Even though over 30,000 scientists signed a petition that concluded there is no human release of greenhouse gases, methane or carbon dioxide […]