‘ROE v. WADE the Movie’ to Tell the Story Behind the Infamous Ruling 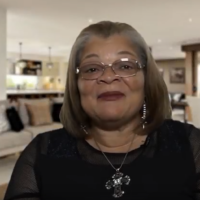 ROE v. WADE the Movie is being made to tell the story of the forces and deceptions behind the decision to allow the murder of babies before they were born. It will reveal what it calls “the most corrupt court case in history that led to the murder of 60 Million Babies.” I included the video below of Executive Producer of the film, Alveda King, talking about the movie, and some additional footage of the ongoing lies surrounding the abortion industry and the selling of baby parts. […]