SJWs Double Down on Karen Pence, Christian School with Code of Conduct 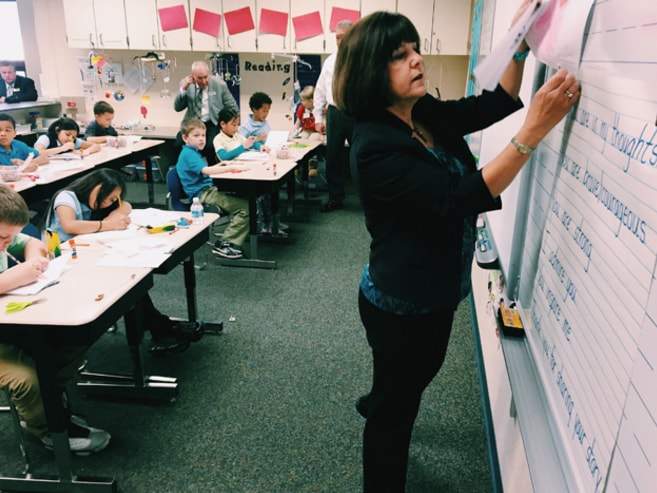 When it was heard that Vice President Mike Pence’s wife Karen was going to teach art at a Christian school that enforces a code of conduct on students, employees and administrators, SJWs were enraged, acting as if they have any say in the kingdom of God and God’s people.

While the code of conduct involved a number of guidelines, the ungodly left focused on rules primarily related to homosexuals and transgenders.

Beyond the faux outrage over the rejection of homosexuals and transgenders at the school, the real reason behind doubling down was the revelation that Mrs. Pence and this school haven’t caved under the assault of the SJWs. That’s dangerous because it sets up the school and Mrs. Pence as an example for others to follow. That’s the real issue here.

The left doesn’t want any competition in the arena of codes of conduct, especially when it’s reversed onto them. Having lost contact with much of truth and reality, they apparently imagine they have won the culture wars, when in reality they’re just getting going.

Here’s the part of the agreement that really agitated the SJWs:

“I will strive to live a personal life of moral purity that is separated from the world according to Scriptures, as defined by the Statement of Faith of Immanuel Bible Church and agreed upon by the Elders and Pastors of Immanuel Bible Church. I understand that the term “marriage” has only one meaning; the uniting of one man and one woman in a single, exclusive covenant union as delineated in Scripture and that God intends sexual intimacy to occur only between a man and a woman who are married to each other and that God has commanded that no intimate sexual activity is engaged in outside of marriage between a man and a woman. Further, I will maintain a lifestyle based on biblical standards of moral conduct. Moral misconduct which violates the bona fide occupational qualifications for employees includes, but is not limited to, such behaviors as the following: heterosexual activity outside of marriage (e.g., premarital sex, cohabitation, extramarital sex), homosexual or lesbian sexual activity, polygamy, transgender identity, any other violation of the unique roles of male and female, sexual harassment, use or viewing of pornographic material or websites, and sexual abuse or improprieties toward minors as defined by Scripture and federal or state law. Further, I am not, nor have been in the past, engaged in inappropriate conduct toward minors, nor do I have inclinations toward such conduct. Persons so involved or who condone such behaviors cannot be employees of Immanuel Christian School. (I Cor. 3:16, 17; I Cor. 6:19, 20; I Cor. 11:3; Romans 1:24-32; Gen. 1:27-28; 2:21-24)”

Especially important in this is the fact the church and other Christian institutions retain the responsibility, right and authority to determine whether or not the beliefs and behavior of its students and faculty align with theirs.

Our opponents resisting God need to understand that there is not only an eternal lake of fire they will be case into at the end of time, but they are also subject to eternal guidelines revealed in the Holy Scriptures in this age.

I expect resistance from the SJWs to grow as they are outraged at their failure to intimidate many Christians and Christian leaders. They understand the viral aspect of digital and real life, and when truth goes viral, it has an enormous impact on those looking for direction and guidelines in a world and culture that is based more in fantasy and an imaginary world, than in truth and reality.