Sheeple in Wisconsin agreeing to have Microchip Implants 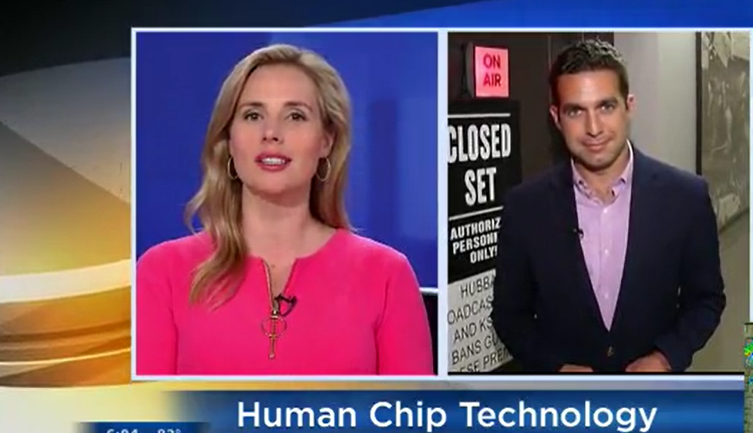 There has been a push for some time to eliminate resistance to people having microchips implanted in them, as it’s marketed as a convenient way to do business and perform tasks. Many people don’t think through the potential repercussions of this practice, not understanding this is only the beginning of what appears to be a benign and practical idea.

“It’s the next thing that’s inevitably going to happen, and we want to be a part of it.”

Notice how he uses the word inevitably, as if it’s something that can’t or shouldn’t be resisted. That’s a word used for manipulation within this scenario. This is the first company in the U.S. to implant Microchips in their employees.

Over 50 foolish workers at the company have agreed to have the chips implanted in them. The chips is the size of one grain of rice, and is placed between the thumb and the forefinger.

According to Westby, there is no GPS tracking included in the chips; but I think we all know it’s only a matter of time before that’s included in them as an option. In talking about being embedded with a microchip with people in the past, they incredibly thought it would be a good idea; especially if it included GPS.

The data in the chip is alleged encrypted and secure. The company is paying the $300 tab for each person undergoing the process.

Workers will be able to make purchases at a company kiosk in a similar way you would with a smartphone, and can be used to log into their computers or get into the front door of the company.

Since this can already be easily done with a smartphone, why does this company and others think a chip needs to be embedded in human beings? I believe it’s to wear resistance down to the idea in order to make it appear to be a normal practice. As people then get used to it, other functions will be added that will be much more draconian and disruptive.

How does one protect themselves from this? First, speak against it, and second, never let yourself have a chip placed in your body. Who knows in the future what will be placed inside of these chips and which could be used against us.