Robert Louis Dabney on the Illusion of Conservativism 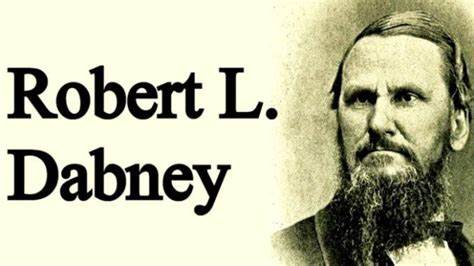 Robert Louis Dabney wrote this long ago, and it remains true to this day. Whenever someone leaves the conservative reservation, they circle the wagons with the liberal allies to take them down and put them in their place, in order to maintain the illusion of a political party that represents those demanding to live free.

“This is a party [established conservativism] which never conserves anything. Its history has been that it demurs to each aggression of the progressive party, and aims to save its credit by a respectable amount of growling, but always acquiesces at last in the innovation. What was the resisted novelty of yesterday is to-day one of the accepted principles of conservatism; it is now conservative only in affecting to resist the next innovation, which will to-morrow be forced upon its timidity, and will be succeeded by some third revolution, to be denounced and then adopted in its turn. American conservatism is merely the shadow that follows Radicalism as it moves forward towards perdition. It remains behind it, but never retards it, and always advances near its leader. This pretended salt hath utterly lost its savor: wherewith shall it he salted? Its impotency is not hard, indeed, to explain. It is worthless because it is the conservatism of expediency only, and not of sturdy principle. It intends to risk nothing serious, for the sake of the truth, and has no idea of being guilty of the folly of martyrdom. It always—when about to enter a protest—very blandly informs the wild beast whose path it essays to stop, that its ‘bark is worse than its bite,’ and that it only means to save its manners by enacting its decent rôle of resistance. The only practical purpose which it now subserves in American politics is to give enough exercise to Radicalism to keep it ‘in wind,’ and to prevent its becoming pursy and lazy from having nothing to whip.”

A major answer to this problem is first, for Christians to learn that the state, from a Biblical perspective, was always meant to be limited in size, with its primary role to wield the sword in criminal cases. As we embrace the limitations God has put on the state, we can then teach others the true of the limited parameters God has placed on it.

Another strategy would be to start providing goods and services that have been taken over by the state, and offer them through businesses and charities that gradually take that responsibility from the state and place it where it belongs.